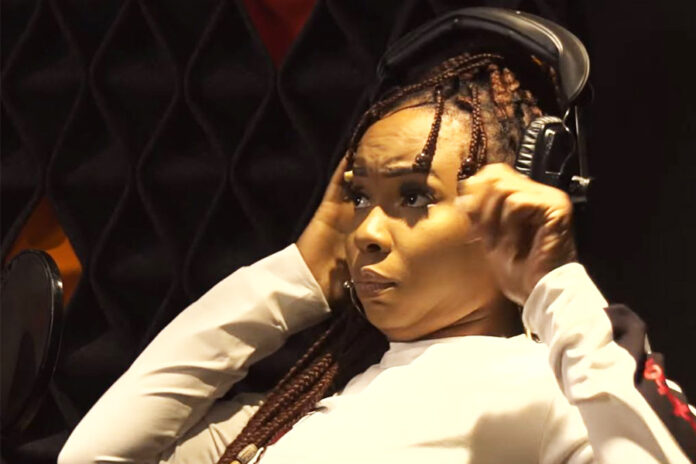 Grammy Award-winning Nigerian Afropop singer, songwriter, actress and activist, Yemi Alade, joins African superstars supporting the Draw The Line Against Malaria campaign to inspire and empower young people from across the African continent and the globe to call on their leaders at zeromalaria.org and push for political action to end malaria within a generation.
The ground-breaking campaign, first launched across Africa in February 2021, is a unifying global platform designed to capture youth, community and public imagination, and will be rolled out globally on World Malaria Day. The campaign aims to generate mass awareness and high visibility for the Zero Malaria Starts with Me movement across malaria-affected countries and beyond, and reflects the huge energy, talent, and cultural influence emanating from the African continent with references to art, fashion, music, sport, and entertainment.
As the voice of a new Draw The Line animation, Yemi Alade joins other African changemakers from across the continent lending their talents to fight the disease: Eliud Kipchoge, Olympic Gold-medallist and marathon world record-holder; Siya Kolisi, Captain of the Springboks; Dr Omotola J Ekeinde, Nigerian actress and philanthropist; Sherrie Silver, award-winning Rwandan British choreographer; Osas Ighodaro, Nigerian American actress and producer; Saray Khumalo, South African explorer; and Láolú Senbanjo, global artist from Nigeria and Art Director for the campaign.
With narration from Yemi Alade and in partnership with dentsu International, the Draw The Line animation explores the story behind ‘Muundo’ – a fresh new universal visual language created by Láolú Senbanjo, made up of eye-catching lines, symbols, and patterns. The language is a beautiful, visual representation of the actions that are needed to end malaria within a generation, from cutting-edge technology and innovations to increased investment and bold political actions.
Nigerian Afropop singer, songwriter, actress and activist Yemi Alade says: “Living in Nigeria I have suffered from malaria many times in my life, and it’s devastating. It’s outrageous that this preventable and treatable disease is still stealing young futures and limiting life choices indiscriminately. But we can work together to find our voices, break down boundaries, and stop malaria in its tracks. I love to see people pushing themselves to find out what they are really capable of – getting up and fighting for what’s right is our collective superpower, and we can all change course of history together.”
The animation shows the different ways that malaria impacts young people, as well at the ways that it can be reduced and ultimately eliminated. As part of their partnership to support the Draw The Line Against Malaria campaign, ViacomCBS Networks Africa (VCNA) will broadcast the animation on Nickelodeon’s global platforms. It will also be shown on other regional television channels and digital networks. 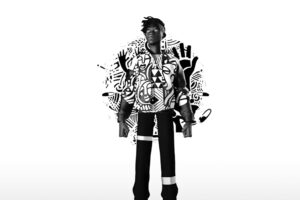 To bring the animation to life, dentsu worked with award-winning animation studio LOBO. The team animated Láolú Sebanjo’s patchworks and applied them as textures into 3D models. To blend together multiple styles, the studio created a layer of upbeat animation with their talented team of 2D artists. In contrast to the fast-paced graphics, the camera moves with a slower rhythm, addressing the seriousness of the subject matter. The result is a fresh mix of different techniques and rhythms all packed by the beautiful energy of Yemi Alade’s voice.
Kika Douglas, Executive Creative Director at dentsuAchtung! says: “Malaria is the world’s oldest and deadliest disease but we can eradicate it within our generation. What has been missing to date is a campaign that can inspire and unite a generation. Draw The Line is not only a call to action to this generation to claim their future; it’s a stage that shows the world the incredible array of talent, power and creativity of African youth.”
Felipe Machado, Creative Director for Alton/ LOBO Design & Animation adds: “We constantly seek out meaningful work that can have a positive impact on the world and we are thrilled to contribute. Everyone involved in the process was open to trying new things that it was easy for our animation team to bring forth fresh ideas and watch them grow into the final film. We couldn’t be prouder of the end result.”
The Draw The Line campaign asks people everywhere to visit zeromalaria.org and add a personal line of Muundo art to a growing piece of crowdsourced artwork which represents a visual call to action to world leaders.
The artwork will be shared with leaders at the Kigali Summit on Malaria and Neglected Tropical Diseases, being held on the eve of the Commonwealth Heads of Government Meeting (CHOGM) in Rwanda on 24th June. The Summit is a milestone moment in the malaria fight and enabler of game changing political decisions including delivering the commitment to halve malaria across the Commonwealth by 2023.
The Draw The Line Against Malaria campaign was created by dentsu International, who led the creative strategy, concept, production, and media, and developed by a coalition of agencies, including the African Leaders Malaria Alliance (ALMA), the African Union Commission, The Bill & Melinda Gates Foundation, Impact Santé Afrique, Malaria No More UK, RBM Partnership to End Malaria and Speak Up Africa.