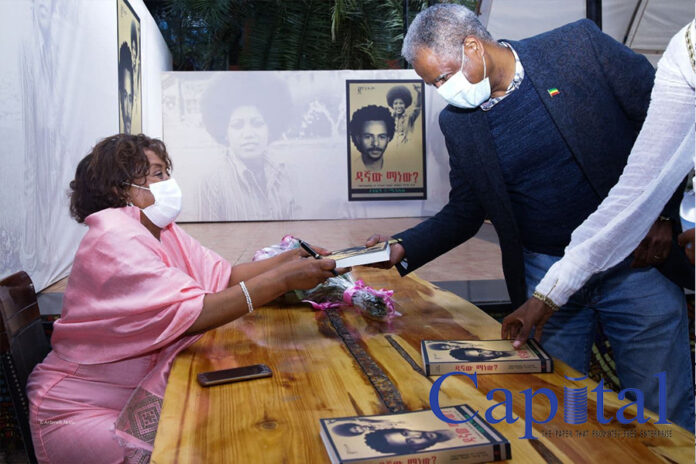 Dagnaw Manew written by Tadelech Hailemikael was launched on Friday May 7, in the presence of the writer’s family, friends and invited guests at Groove Garden.
Dagnaw Manew narrates firsthand account of BerhaneMeskel Redda, a man that significantly influenced the course of Ethiopian history. She writes how she grappled to accept her survival and the pain of existence after Berhane’s death. Like all the others who have perished during that period, Berhane was never afforded a day in court. She asks, “Who is the Judge?” – Who decides who gets to live and who gets to die? She finds meaning in her survival by dedicating to tell the story of the person behind the personality. In writing the book, Tadelech finds a catharsis of sorts. 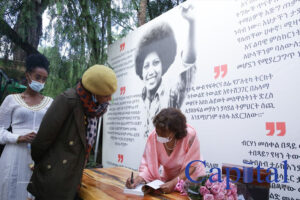 The book, in many ways, stands out as a critical contribution to understanding the ideas, ideals and convictions of a generation of students that influenced the present-day Ethiopia.
First, Tadelech’s book offers raw and unique account on the life and leadership of BerhaneMeskel Redda. Much has been written about Berhane and his influence on the student movement, but Dagnaw Manew presents significantly more. An authentic version that digs deeper into the man’s life, upbringing and formative years shaping his revolutionary outlook. Raised in a feudal household by his grandfather, Kegnazmach Redda WoldeRufael, Berhane grew up witnessing the exploitation of the Ethiopian peasantry. As a young boy, he was tasked with the responsibility of receiving crops that peasants had harvested in his grandfather’s vast farmland, often spending time with his farmer friend, Aya Muhe. One day, Aya muhe tells him that his wife had just given birth to their child but he could not afford to feed her because he must deliver all the crops he produced to his grandfather. This story would deeply affect Berhane who vows to fight the injustice and destitution of his friend Aya Muhe. Tadi writes, Berhane’s childhood experience shaped his views and inspired him to coin one of the most recognizable and galvanizing motto of the student movement – “Land to the Tiller
The book is a worthy read not only because of its historical significance and keeping our collective memory alive, but also in its portrayal of human perseverance. Tadelech’s book is sad as it is uplifting. It paints a story characterized by love and loss, sacrifice and survival, tragedy and triumph. Positive in its storytelling, reflective in its mistakes and devoid of regret or resentment, it is, essentially, a book that inspires love of a country, courage and conviction.
In recounting a dark history that took away her husband, her brother and twelve and half years of her life, Tadelech remains hopeful, reminding us the beauty in our ability to love and forgive. 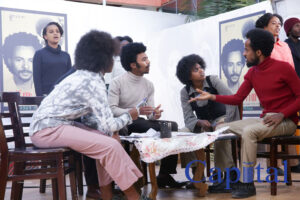 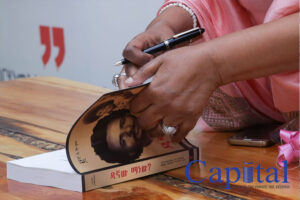