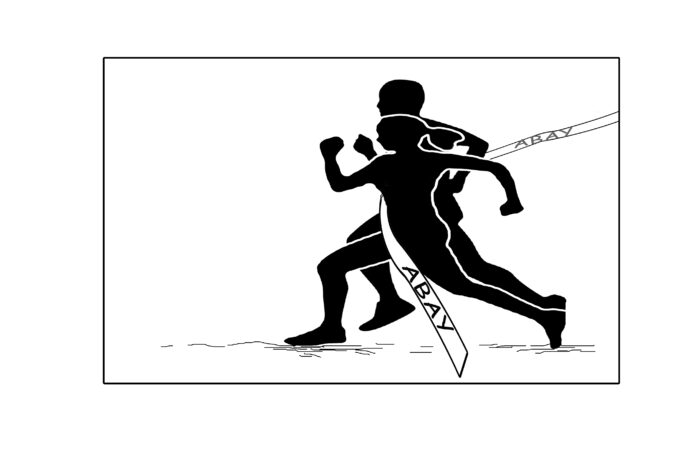 The ways of the world used to be somewhat predictable. With all the powerful global institutions employed as formidable tools (particularly after WWII), the modern world system looked invincible. Changes that were effected on the global scale during the last eight decades were, for the most part, still predicated on the anchoring logic of this overbearing system, i.e., accumulation! The aberration of the various ‘Sovietisms’ did not last long. We say aberration because behind the USSR’s grandstanding there wasn’t much in the way of sustainability, both in the realm of the natural as well as the social. Understandably, the main overriding concern of ‘Sovietism’ was the protracted project of ‘catching up’ (with the West). Because of this, the system became rigid with many built-in undesirable features. Around the time of the USSR’s collapse, Maoism endorsed the accumulation logic with gusto, and tried to outdo the west, without much qualm about potential consequences, social or otherwise!
The triumph of ‘liberal democracy’ conjoined with the ‘free market’ ideology did not bring much to the global sheeple (human mass). What this conundrum affected, amongst other things, was the visible diminishing of states’ power. Actual political power shifted in favor of monopoly capital and its subsidiaries, human or otherwise. Attendant results are now coming in droves! Persistent economic polarization is giving rise to political populism. The visibly rising movement of global populism is deemed dangerous by the power that be (TPTB). To counter this worldwide movement, the ‘deep state’ is devising new ways of controlling the aspirations of the sheeple. From the look of things, the transition to a more egalitarian and a more democratic world order might not be all that smooth. For example, in the sphere of trade alone, long established entities such as the WTO (world trade organization) NAFTA, etc., are undergoing serious reversal, surprisingly, by the very same powers that set them up in the first place! Trade wars have already ensued between major operators of the world system (US vs. China, US vs. EU, etc.) Please note: going from trade war to shooting war is not a strenuous project to the walking ape. All in all, things are progressing not as planned, at least from the point of view of entrenched interests. The system is on the verge of nonreversible bifurcation. This will spell trouble to all and sundry, not only to those who had it good for a long time so!
The military alliance of the Atlantic-ists, NATO (Europe + North America) is also encountering challenges, mostly from the sheeple and their ascending politics of populism. The current US administration feels the Europeans states are not contributing enough to sustain the organization. The US is even threatening to close down some of its bases in Europe. The German sheeple is taking this threat rather positively. A good portion of the German sheeple prefers the US to completely shut down its military bases in Germany and Europe. On top of that, the ‘Russian Bogeyman’ doesn’t seem to be working; at least as planned. A number of the newly emerging ‘populist’ parties in the West seem to have quite different views in regard to Russia, the wars in the Middle East, etc. Unless western politicos fall back to prudence and experience to manage the delicate global situation, the South China Sea might well see military engagement between the two super powers of our world system (between the fast declining hegemon, USA and the fast rising economic power, China). The Persian Gulf, Gulf of Eden, the Hormuz Strait and all the other critical naval routes might also see some actions between major powers.
The Italian populists in power are contemplating to institute a number of new policies/ideas during their reign. For a start, they want to create new media outlets that do not depend on revenues from advertisers (read monopoly capital and subsidiaries). Not surprisingly, (at least to us) this is one of our long- standing proposals. We have been purveying this idea, free of charge, for years! Since this same idea is now coming back to Africa by way of the Mediterranean (from the North), it might finally gain some currency on our continent. In addition, the Italian populists in power do not want Brussels/EU to dictate their major policies. The mavericks are even flirting with the idea of creating their own local currency, to have some leeway to alleviate their dire economic situation. Even NATO is not something they look at favorably. Incidentally, this is also true with a good portion of the European sheeple. Surprisingly, even leaders of the UK’s Labor Party have expressed the same negative sentiment towards the belligerent Atlantic military alliance. To the perceptive, BREXIT is just one more populist expression directed against the heavy handedness of the elites and their institutions, like EU. Unlike Greece or even Spain, Italy is a major economic power. Italy is still a member of the G7 countries. Whatever Italy decides to do, will have major repercussion, not only in Europe. Expectedly, the global mainstream media, or what we regularly call the ‘paid media’, is not willing to sufficiently cover what is cooking in Italy and in some of the other countries of Europe where populism is gaining ground. Beware! The European sheeple, just like its brethren elsewhere, is clearly in a rebelling mood!
The 2016 Nobel Prize winner in literature, (the most prestigious prize of the global establishment) who actually refused to accept the award in person, (because of prior arrangement, probably with his regular shoeshine boy, ha, ha) saw it coming way back in the early 1960s:
‘The line it is drawn
And the curse it is cast
The slowest one now
Will later be fast
As the present now
Will later be past
The order is rapidly fadin’
And the first one now ‘ll later be fast
For the times are changing
Bob Dylan. Good Day!