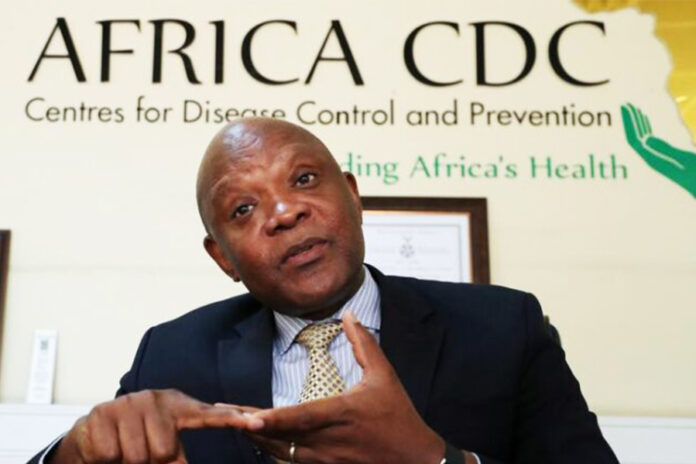 “Africa has to prevent an Indian-scaled Covid-19 tsunami from hitting its shores – because curing it after it arrives is not an option,” Dr John Nkengasong, director of the Africa Centres for Disease Control and Prevention (CDC), has warned. The first few infections of the deadly B.1.617 variant of the coronavirus have already been picked up in Africa, exacerbating fears of the spread of the Covid-19 strain that is devastating India. Nkengasong noted that Covid-19 was still under control in Africa. Over the past week, the number of new infections recorded across the continent was about 65,000, a 10% drop on the week before.
The number of deaths recorded during the week was 2,181, a 0.15% decrease from the week before. But the Africa CDC head noted that there was no room for complacency. India’s figures had also been relatively low, at about 3,000 new infections a day in March, before they rocketed to the present daily increases of more than 400,000. Nkengasong said that, on average, Africa’s health systems were too fragile to deal with such a wave of infections that had completely overwhelmed the Indian health system. Nkengasong warmly welcomed the US government’s decision announced on Wednesday that it had rescinded its opposition to moves – led by South Africa and India – to secure a waiver on the patent rights of pharmaceutical companies so that Covid-19 vaccines could be produced by others more cheaply.
Nkengasong said the meeting would first review the AU’s continent-wide strategy for tackling Covid-19 since the start of the pandemic in February last year. It would then attempt to chart a way forward for the continent and the AU’s 55 member states. This would include closer monitoring of the occurrence of the different coronavirus variant strains so far detected and identifying Covid-19 hotspots. It would also include quantifying the availability of vital treatments such as oxygen, something that has proven to be a critical deficiency in India.
Nkengasong said we should avoid making the same mistakes and not hold political rallies or allow large religious or other gatherings. “Our health systems on the continent are very fragile. We do not have the kind of supplies that India has “We don’t have enough oxygen, beds, vaccines or health workers to deal with such a massive attack,” he said. “But if we prevent it, we don’t need to get ourselves into a catastrophic situation. It’s very possible to prevent it and we have to prevent it.
Scientists and public health officials are racing to understand the risk posed by a coronavirus variant known as B.1.617, which the World Health Organization on Monday designated a global “variant of concern.”
The variant, identified in October, is a mutant form of the virus that causes Covid-19. It has 13 mutations, including two notable ones in the spike protein that the virus uses to attach to and infect cells.

National Investment Group strategically anchors itself to “Build The Nation”