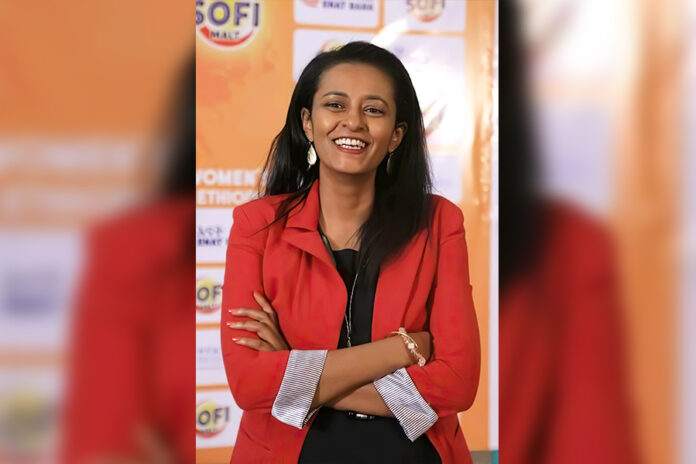 Dagmawit Amare has been appointed as the new General Manager of Great Ethiopian Run. Taking over from Ermias Ayele who had been the GM for the past eleven years, Dagmawit becomes the third GM in the company’s twenty-year history and the first female to lead the company.
Speaking about her appointment, Haile Gebrselassie said “this is a great opportunity for Dagi to lead the company. Dagi is a very humble person, but she is also very smart. She has a wonderful gift of empowering others to do their work well. We are lucky to have her to lead us in the next phase of our work.”
Having started working for the company seventeen years ago, Dagmawit is also the longest-serving employee at the company that celebrated the 20th edition of its flagship international 10km road race in January of this year. Over many years she has masterminded the company’s work of mobilising large numbers of participants to register for their races. As a passionate lover of Ethiopian music, she has also been instrumental in bringing live music bands to the events and two years ago worked with an Ethiopian dance group to introduce a unique dance routine as part of the participant warm-up for the international 10km.
Former General Manager Richard Nerurkar recalls how Dagmawit has also been passionate about making a success of the annual women’s run. “From her earliest years she was totally committed to seeing this race grow into what it has now become. She loves creating enjoyment for the participants. Another example of this is the annual Pasta Party which nowadays has the feel of a special Gala Dinner. But what I value most about Dagi is the way she takes care of others. For the past 17 years, she has been the glue which has kept us together as a happy and successful team,” Nerurkar said.
The same point is made by Dagim Teshome who as Operations Director has been working closely with Dagi for the past 14 years. “With Dagi, nothing she does is about herself. It’s about our races and our team. It’s about us as an organisation and about us doing something for Ethiopia.”
Ruth Duncan, who has worked as part of the Event Hospitality Team for the past ten years, said “Dagi is the perfect person to take over the driving seat at Great Ethiopian Run. Her friendly professionalism and passion for sharing Ethiopia’s running culture have been central to the way in which our races have sent out so many positive messages about Ethiopia and its welcome to the outside world.”
Dagmawit’s popularity outside the office has also been evident in tributes made by those who know her both as a person and as an event professional.
Chachi Tadesse, one of Ethiopia’s well-known singers who regularly attends races organised by Great Ethiopian Run, commented “Dagi is a wonderful person to be around always positive, totally committed and incredibly humble. I’m excited to see how she will lead the organisation and the new ideas she will bring to her work.”
Members of the AIMS Women’s Commission, an international movement for improving women’s participation in distance running worldwide, and of which Dagmawit is a founding member, have also expressed their delight at the news of Dagmawit’s appointment as General Manager. AIMS Vice President Martho Morales said “Congratulations! We are so proud of you!”