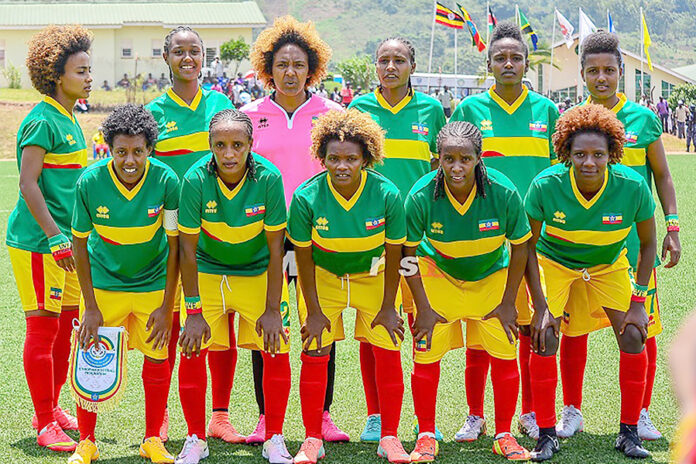 The draw for the extended 2022 Women’s African Cup of Nations brought Ethiopia to a two leg head-on clash with Uganda while African heavy weights Nigeria and Ghana set for a phenomenal qualification showdown. U-20 Ethiopian Women’s side awaits the winner of South Sudan and Rwanda in the 2022 African qualification for the U-20 World Cup final to be held in Costa Rica.
112th in the latest Coca Cola World Ranking Ethiopian Lucy faces a regional adversary Uganda which ranks 154th. The first round will see Kenya play against South Sudan as Uganda face off against Ethiopia, Eritrea against Burundi, while Djibouti will confront Rwanda.
Should the Kenyan Starlets proceed past South Sudan, they are set to face off against either Uganda or Ethiopia in the second round. The winners on aggregate will qualify to join hosts Morocco in the regional showpiece.
The first and second leg fixtures of the first round will be played between June 7 and June 15, while the second round’s first and second leg fixtures will take place between October 18 and October 29.