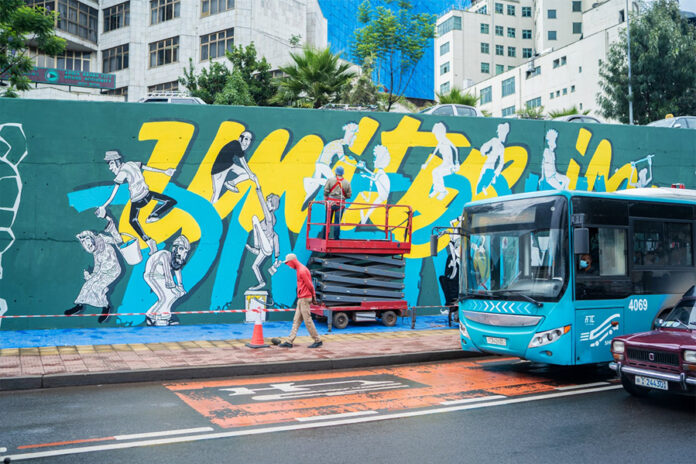 Ambassador Birgitte Markussen, Head of Delegation of the European Union to the African Union inaugurated four street art murals on May 9, as part of the Europe Day celebrations in Addis Ababa, seat of the African Union. The murals were collaboratively done by artists from Africa and Europe who were actively present at the celebration, together with representatives from the diplomatic and artistic community. The event highlighted the powerful tool of art to bring the two continents, Africa and Europe closer. 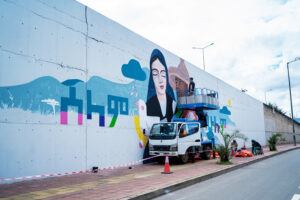 The murals represent shared values of the two continents; unity, peace and mutual respect. They are tangible manifestations of the thriving Africa-EU Partnership, illustrating the cooperative principles that bind both Unions, in a positive and optimistic outlook of a common future.
These public art pieces are the contribution of the EU Delegation to the African Union, to deepen the relationship between the two continents, visualizing also the year of ‘Arts, Culture & Heritage’ as declared by the African Union.
“Our aim is to go beyond the usual perceptions we have of each other,” comments Birgitte Markussen, Ambassador of the EU to the African Union, “It’s about promoting what we have in common and what we share. There is nothing more powerful than bringing people together to achieve this, and I want to congratulate the artists coming from different countries for their excellent work and cooperation”
The murals are found on three walls under Pushkin Roundabout, Roosevelt St and on the office building of the Delegation of EU to the AU.
The innovative project was launch 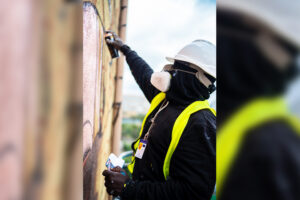 ed in March, 2021 with an open call for street artists from both continents to apply for participation. From April 29 – May 08, artists from Africa and Europe have been painting on walls at the Sarbet underpass and the Delegation of EU to the African Union’s office premises. Selected through a widely circulated open call, street artists Mohammed Awudu from Ghana, Edoardo Trionfera from Italy, Maria Peña Coto from Spain and Wesley Van Eeden from South Africa, assisted by 8 local artists, have come together to create beautiful additions to Addis Ababa’s scenery. 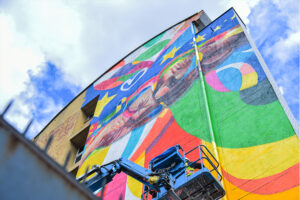 Besides the creation of the artworks, this initiative has also been a time of skill transfer and training. The 8 local artists who served as support have had the opportunity to learn from some of the best muralists.