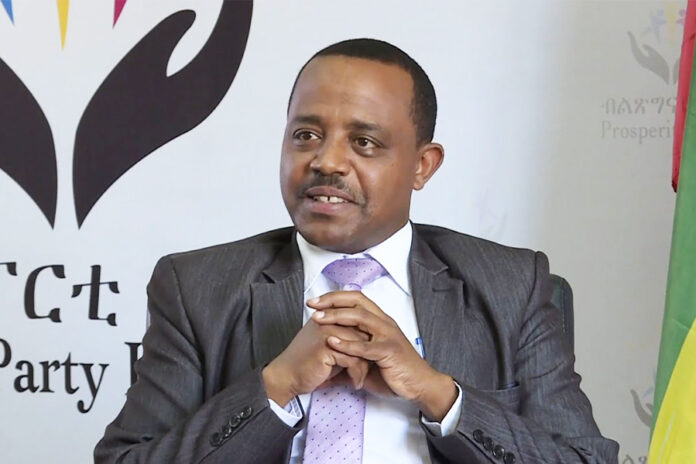 Elections in their true nature keep a democratic country functioning, as they give the people the right to select their own government. Choosing the right leadership is integral to the success and growth of any given country. With the 6th Ethiopian general elections fast approaching, Capital has organized a series of interviews with aspiring political parties, with topics that encompass their incoming policy plans with regards to important matters that are required for the progress of Ethiopia.
To this end, Capital drew links with the Prosperity Party, through their public and international relations head, Bikila Hurrisa (PhD). The following are the party’s subsequent plans with respect to the key stone areas that require dire attention for a better Ethiopia. Excerpts;

Capital: What kind of policy plans does Prosperity party have towards developing education in Ethiopia?

Bikila Hurrisa: As noted, for the last 27 years, the education system in the country has been deformed while accessibility and quality of education has decreased. It is difficult to build a nation without quality education which is accessible for all, because knowledge is crucial. This requires an appropriate direction to set a new process in motion in form of policy. In the last three years, we have been working to make it correct. Education and development are closely related endeavors. This is the main reason why we always say Education is the key instrument in the development of nations. Accessibility and quality of education will be the first targets of prosperity; in certain division we have been revising the strategy. The first strategy is to strengthen pre-regular education both for children and adults to get access to quality education. This quality education will also be streamlined across sectors of development to individuals such as pastoralists and farmers who are the backbone of the country. The second strategy is creating a quality first cycle regular education system to create strong citizens. Lastly, we want to position ourselves by creating a strong higher education system. Previously, the system was not a problem resolver; however, we are working to change this by making the system able to resolve economic and social problems whilst building the nation.

Capital: What kind of policy does prosperity have regarding job creation and minimizing unemployment rate?

Bikila Hurrisa: Unemployment in Ethiopia is a structural problem which has been coming waddled from time to time. The micro economy structure has been problematic.
Prosperity Party to this end will focus on urban development and urban development by implementing activities that accelerate urban development and rural development.
Our party believes that it is a matter of accelerating job creation by ensuring that cities are guided by a comprehensive plan and decentralized city administration that integrates sustainable development. 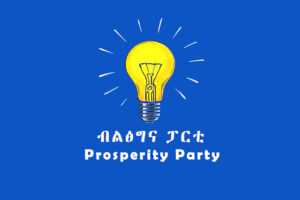 We will work to solve the problem and create systems that can make every one beneficiary. By solving problems from the grass root level we will be able to allow citizens to find the required jobs as well as create an environment that can change their lives.
Our party is working hard to reduce unemployment by expanding the economy, developing small and micro enterprises that lay the foundation for industry, and improve family based economy to improve living standard.

Capital: What kind of policy framework do you have in store to support and improve the agriculture sector?

Bikila Hurrisa: The problem on the agriculture sector webs from the micro economy. The country is gifted with its natural resources while is still depends on imported wheat, paying billions of dollars in the process. We believe that the agriculture sector could develop if we improve the manufacture sector. Our policies will be geared towards the following; The government will implement various agricultural policies to support the sector such as agriculture led industrialization, participatory and accelerated sustainable development to eradicate poverty to increase agricultural productivity, and production to be sustain in food security. The agriculture will be supported by modern technologies and finance and we will support the sector to increase its contribution to the GDP. Agricultural research and development, irrigation, access to credit are some of the areas that we have looked closely looked into and we will continue to improve the same.
We believe strengthening agriculture finance could have great impact on the development; moreover, transferring capital to rural areas will benefit the farmer and modernize the sector and increase production and productivity.
We plan to reduce particularly high food prices that are mostly affecting the welfare of households with fixed income. Removing import tariffs on farming commodities to benefit consumers will be our areas of continued focus.
These policies tend to underestimate the role of technology and information markets that can determine agricultural productivity, when we embark on our incoming term we will delve into evidence based, technology encompassing procedure for addressing the sector issues. All in all our policies will depend on the agrology, which means the application of science to agriculture. Thus our policies going forward will be backed with scientific evidence in addition to the latest technologies available in the market today.

Capital: How will Prosperity party tackle the foreign currency crunch that has proven to be a challenge for the country?

Bikila Hurrisa: Shortage of foreign currency is a big issue that is hindering the growth of the nation. We have a demand based economy; this is largely due to an increase in the country’s trade deficit led by increased imports of construction materials for large-scale infrastructure developments and stagnant export growth amongst some other goods which are not useful to improve living standard of citizens. The government will take different measures, such as Foreign exchange regulations that are currently very strict, we have also placed stringent measures in controlling the black market and protecting the regular economic interaction. Increasing the local production capacity to replace the imported items and increase export and also through increasing production and productivity, we are working to decrease import substitution.
Building and completing mega projects that can contribute to exports and an increase in foreign currency by following industry and industrialization are some of the other avenues that we are looking to progress to tackle the crunch.

Capital: What kind of policy does Prosperity Party have regarding decreasing inflation and building sustainable living standards?

Bikila Hurrisa: The problem with inflation is messed up. The previous government expressed economic development by counting buildings which were constructed by loans, which is called infrastructure development rather than the economic development. So it is enfolded from past and has currently compounded the pressure on the citizens.
We are planning to solve the problem with different strategies, such as creating more jobs to give income for all, increasing family based income, increasing local supply, investments, increasing local production and productivity. Also there are short term, medium and long term strategies, in short term we are working to solve the problem by importing items to fill the gap in the market while in long term plan in the five years we plan to extensively improving local productivity to be fully self-sufficient to improve the situation.

Capital: What is the general economic policy of Prosperity Party?

Bikila Hurrisa: We follow an economic policy called parametric capital. Prosperity intended to establish Homegrown Economic Reform Agenda (HERA). From a medium-to-long term perspective, the HERA advocates the postponing of the target for Ethiopia to become a lower middle-income country.
Our party aims to establish sustainable economic growth to make the country an economic hub for Africa whilst getting in the middle income countries category.
Establishing more robust infrastructure and strengthening the manufacturing and agricultural industry are atop of our economic agenda.
We are constantly developing our industry to reach the level at which it would contribute to a reduction in the country’s trade deficit. We are aggressively promoting investment options in the country in order to grow foreign direct investment in the labor-intensive manufacturing industries. We are also keen to increase the number of industrial zones and improvements of investment and business environment are expected to be implemented in long term as the government will be focusing on some areas by living most of investment areas to the private sector.
We give special attention to the improvement of the business environment, non-tariff bearers will be implement both nationally and at regional levels. Ethiopia has ratified the implementation of the African continental free trade agreement which will help the country to become the hub for the African manufacturing sector inclusive of the development of industries in the country across the board.