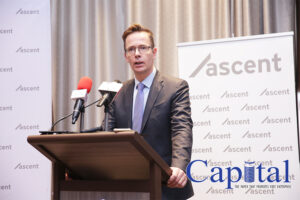 Ascent, which was among several new private equity firms established in the past decade to take advantage of growing popularity of the asset class in the region, had raised USD 80 million in its first round in 2015.
Ascent Capital was founded in 2012 and established its first fund, ARVF I, in 2014. Placements from ARVF I ranged from USD 2 million to USD 15 million, serving companies in Ethiopia, Uganda and Kenya. Ascent Capital is targeting a final close of ARVF II in December 2021 with a total volume of USD 120 million. The firm plans to invest from this fund in amounts of USD 4 million to USD 15 million, reaching SMEs in Ethiopia, Kenya, Rwanda, Tanzania and Uganda.