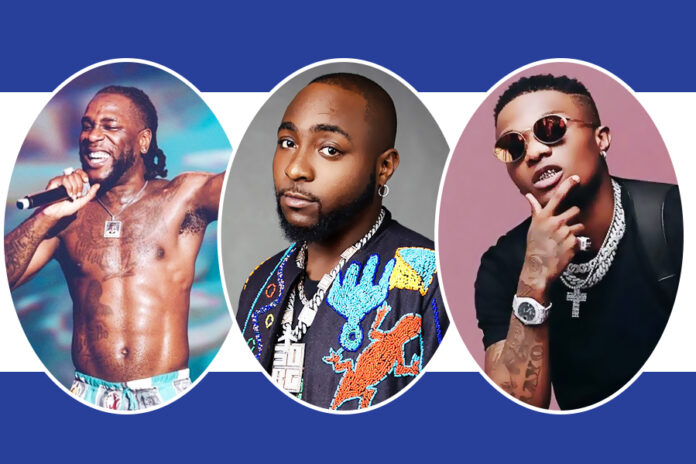 As Africa Day approaches (Tuesday, May 25), Deezer take a look back at the sounds that kept Africa moving around. Global music streaming service, Deezer reveals the top streamed artists, albums and tracks in Africa.
Interestingly, when looking at artists all over the continent, music fans in Africa prefer the sounds of global hiphop and R&B artists such as Drake who tops the #1 artist spot followed by Pop Smoke and the Weeknd. However, it’s a different story for music fans in Africa when we focus only on Sub-Saharan artists where local artists such as Nigerian superstar Burna Boy takes the crown followed by Davido and Wizkid.
Burna Boy leads again as the most streamed Sub-Saharan album with Twice as Tall, while hitting the #5 spot as most streamed album overall in Africa. Wizkid is not far behind as the #2 most streamed Sub-Saharan album with Made In Lagos, which also hits #7 most streamed in all of Africa.
Nigerian singer Fireboy DML is not far behind as two of his albums peak in the top five under most streamed Sub-Saharan albums. Laughter, Tears & Goosebumps comes in at #4 while APOLLO hits the #5 spot. His track, Vibrations is also the #4 most streamed Sub-Saharan track in Africa.
“Africa Day is a time of reflection and celebration. We love seeing local artists from different parts of Africa being streamed all over the continent. To support these artists even further, we’ve created ‘Sounds of Africa,’ where our fans can discover the variety of sounds that are distinctly and uniquely African,” says Sotiris Moldovanos, Deezer Music Editor for Africa.
‘Sounds of Africa,’ features the likes of Shekhinah from South Africa, Davido from Nigeria, Gyakie from Ghana, Zuchu from Tanzania and many more. Our featured artists have each curated an exclusive playlist that captures the spirit and sounds from their respective home countries.
Top 10 Most Streamed artists, albums and tracks in Africa and Sub-Saharan Africa for 2020-2021 are:

Top 5 Most Streamed Artists in all of Africa

Top 5 Most Streamed Albums in all of Africa

Top 5 Most Streamed Tracks in all of Africa