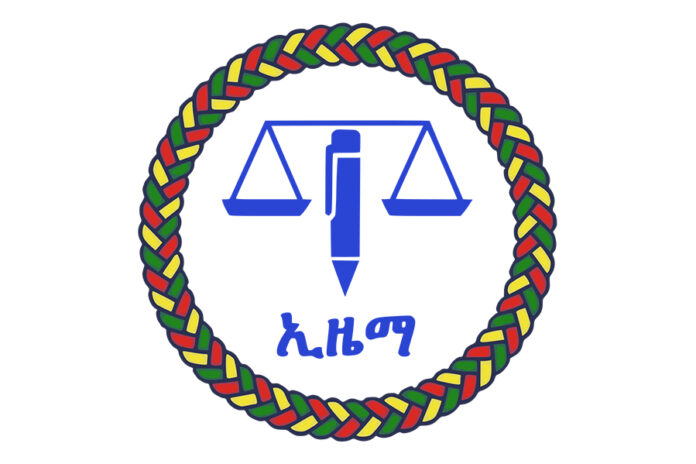 Ethiopian citizens for social justice party accuse the ruling government on its commitment to building a democratic system, claiming that it is weak.
On press conference given on Thursday May 28, 2021 by ETHZEMA, the party has said that there are many gaps in the current election and the government’s commitment to building a democratic system is weak.
“There have been many problems with our election campaign and the overall process, following the 2021 election campaign, the ruling party continued to be an obstacle to the democratic process,” said ETHZEMA on its statement.
As the party explains, members of the ruling party are working hard to intimidate voter registration which can affect the electorate and voting on Election Day. “There have been various disruptions in the registration process from the beginning of voter registration on March 24, 2021 until April 25, 2021, when the registration was scheduled to be completed,” the party highlights.
Also as the party said, these challenges have continued after the voter registration deadline was extended, “there were incidents of polling station staff such as late opening, closing in the afternoon and disrupting the voter registration process.”
As the accusation of ETHZEMA stated that the first voter registration process has been a major challenge in the so-called polling stations, especially in the Afar, Somali, Benishangul-Gumuz, South (Omo, Gamo, Gofa, Silte, Kembata, Hadiya, Kefah, Bench Maji) zones. Even in the last few days, the polling stations in these areas have remained virtually unoccupied.
As the officers of the party remarked, some of the problems have been reported to the National Election Board of Ethiopia /NEBE/ and have been resolved, “we have seen positive efforts by the NEBE to address the challenges.”
“We believe that the ruling party has placed forces in the vicinity of the polling station during the voter registration process by doing certain disruptions, including creating an image that there is no difference between prosperity and other parties, going door-to-door trying to force them out of the polling station by giving them their ballot papers and threatening them.”
“Such threats have spread in the community, leading to skepticism and low participation in the election,” the ETHZEMA party stated.
“The ruling party is struggling to implement a system of electing its successor, the EPRDF, which has failed, with one-tenth of the electorate calling it a “prosperous family” without the consent of the electorate,” stated ETHZEMA.
According to the party, in some part of the country voters could not register because they are members or leadership of political parties.
“Particularly in the Southern Region, those who came to register to vote said they could not testify because they were members of a political party or leadership,” the party elaborated.
“On the other hand, we have seen that in the polling stations we visited, people who were not employees of the Electoral Board were sitting and registering as a witness for those who came to register without a document or a witness,” ETHZEMA critiqued.
“We firmly believe that our country can overcome the multifaceted problems by forming a democratically elected government and we will continue to fight and fight until we have a government that is voluntarily appointed and abolished by the people,” said ETHZEMA.