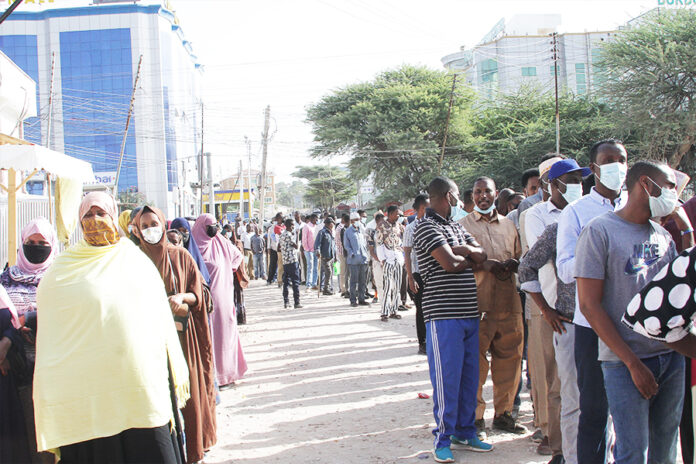 Somalilanders, who have a universal suffrage of 15 years as per the sharia practice, have recently been engaged in a combined parliamentary and local government election on May 31.
Such kind of combined election has been held for the first time on a democratic process in the country. The government said that despite this being a first in terms organizing such type of huge democratic event, the lessons drawn from it will play an integral role in future elections for years to come. 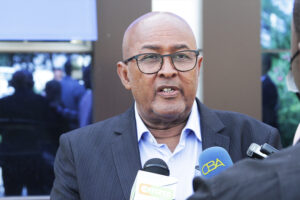 On the very hot weathered Election Day of Monday May 31, polling stations saw long queues as residents from different age group cast their votes, while the occasion was very peaceful on the Election Day, as well as post and pre-election days as per the observation of Capital.
The national event which was highly anticipated by the political parties and the community alike was concluded peacefully. Moreover, Capital observed the situation in different places such as the capital in Hargeisa, a settlement with over a million inhabitants and some suburbs, which overall was noted to be peaceful.
The Somaliland National Electoral commission that is led by seven board members had facilitated 2,709 polling stations all over the country to manage the crowd which was up from 1,642 polling stations in 2017 that was for presidential election which involved over 700,000 voters.
From the total of about four million people of Somaliland that share wide borders with eastern Ethiopia, over one million registered to vote. 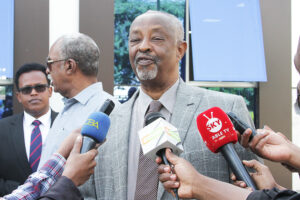 Most of residents of Hargeisa that Capital spoke to regarding the elections confidently gave their testimony affirming that the process has been democratic, fair and peaceful and are hopeful that the results will lead to the betterment of the country and the community.
Political elites of the country said that the process reaffirms the effort to build confidence on the international community and that Somaliland should be viewed as a modern, qualified and a state that deserves to be recognized as a nation.
Experts in the region and international commentators amplified that the country which proclaimed its independence three decades ago from Somalia has continued on its democratic political culture which should be a lesson for other countries in the continent.
Two days before the election day Khalid Abdirahman, Director of Somaliland Local Governments Association, said in a tweet that other parts of Africa, election campaigns mean insecurity, bloodshed and conflict whereas in Somaliland the election campaign is another celebration in which people come out to sing, dance, jump, walk the city on foot or in a car or in general what youth call “fun times”.
On the election that include three political parties; the ruling Peace, Unity and Development Party (Kulmiye), Justice and Welfare Party (UCID) and Waddani National Party held their first competitive race for parliament since 2005.
Experts estimated that the major seat of the parliament will be taken by the ruling Kulmiye party.
Mohammed Kahin Ahmad, Interior Minister, after his cast told journalists that as a Minister of Interior all regions have started the election smoothly.
He said the event was the seventh election in the history of the country with three presidential election and peaceful transfer of power. 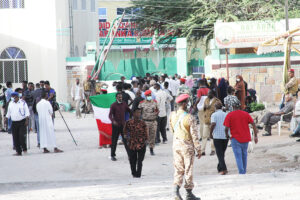 “Two combined election to transpire together is a first for the country. We hope that every citizen would have a chance to choose its representatives,” Abdurahman Mohammed Abdullahi, Chairperson of Waddani Party said after he casted his vote on Monday morning.
“The nation and people of Somaliland is every well experienced with the elections. I do believe and it is obvious that the international observers have seen firsthand how the Somaliland election is much better in security, performance as opposed to major parts of elections in the continent of Africa and some parts of the third world,” Kahin Ahmad praised.
“This time it is the first for our country to manage the two elections at a time,” he echoed, expressing that meanwhile it is very heavy for Somaliland to manage two at a time but he believes it will help with the growth of the country as a whole.
He and other political leader consider such kind of credible democratic events to lead to the country to obtaining international recognition. “The election is very important for having recognition from the international community for strengthening our democratic process for our constitution,” he said.
About the day, Mohammed Abdullahi said that it is extremely important since the people have been waiting for the parliament to change 15 years and 8 years for local government.
“The international community has to pay much attention for Somaliland which has a process of democracy unlike many other African countries. This is an example for democracy working in African, so I would suggest the international community to give their attention for Somaliland,” the leader of one of the three competing parties commented.
The Somaliland elites argued that their country has fulfilled all international requirements to be recognized as an independent state.
The information that was obtained from Ministry of Information, Culture and National Guidance, expressed that unlike the previous experience the government has almost covered the cost of the election. 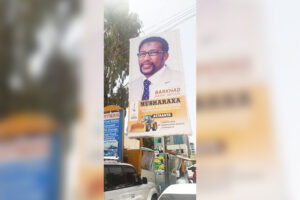 In the past international partners had contributed for the election expense but this time the government covered at least 95 percent of the total budget. Since it does not get political recognition, the country mostly covers its cost and budget by itself, except very small humanitarian aids.
The electoral commission has implemented a modern system to conduct well accepted election this time around. To mitigate the election related fraud, the election process has been supported by biometric technology.
For the local and parliamentary election totally 993 candidates have been registered, while 28 candidates from the stated number is female including 13 who run for parliamentary seats.
246 Candidates under the three registered political parties were eying for 82 parliament seats.
One of the extraordinary incidents on the current parliamentary election that everybody in the town was talking about is a candidate from the minority clan. Barkhad Jama Hersi Batun, a member of the Waddani party, was the only parliamentary candidate from a minority clan, which is a first for the country. 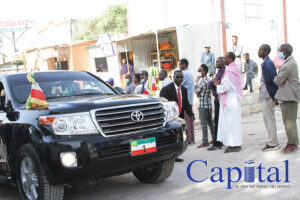 The current members of parliament that are expected to be fully replaced by fresh members were elected in 2005; however the current election is for the second time in the history of the country.
International observers include 103 individuals from different countries had attended the event as external witness.
A preliminary election result is scheduled to come out in ten days after the Election Day.