A cartoon exhibition by Alemayehu Tefera was opened on Friday June 4 to the public, which he called Funtezya.
The cartoonist is an Ethiopian artist living in the United Kingdom and his works usually shine light on the political and social happenings in Ethiopia.
His sketches, in a mere glance, are simple comic sketches formed by critical observations and a sense of humor. Working mostly with an ink and a pencil, he has managed to use satires to mock local politicians, poke fun at dictators from polarized ethnic politics to social blemishes, and historical events to geopolitical threats.
Alemayehu, 43, is born in Addis Ababa. He earned his first degree from Addis Ababa University Art School in 1988 and then went to London where he studied for his Master’s degree and lived for over two decades.
Currently living in London, he has had the chance to showcase his artworks in many exhibitions abroad, and at French embassy in Addis Ababa, with other African illustrators. His story so far has featured on a number of TV shows, newspapers, and magazines. 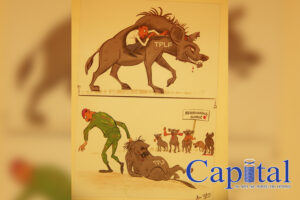 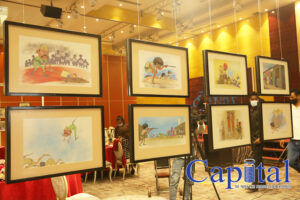 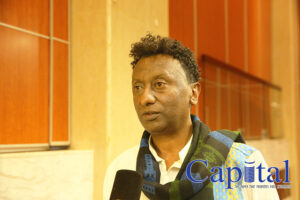 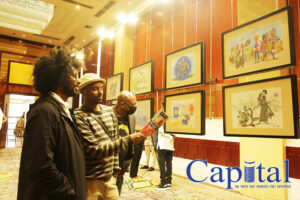