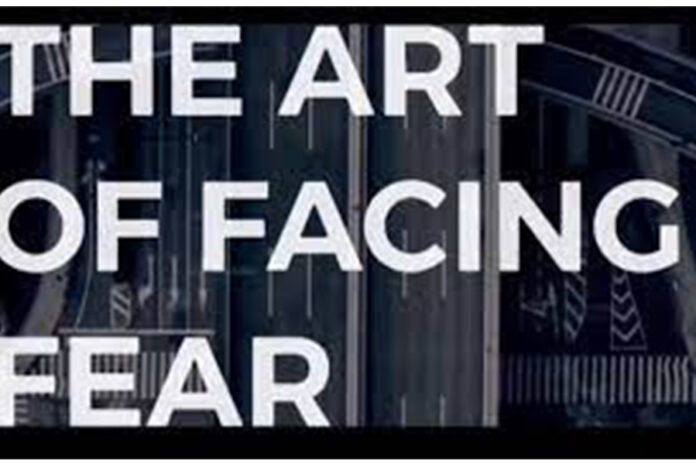 After the Brazilian, Afro-European and North American montages of the digital play “The Art of Facing Fear”, the company Os Satyros will premiere the world version in June, with actors from Angola, Argentina, Bolivia, Brazil, Cape Verde, China, Cuba, France, Germany, India, Indonesia, Iran, Kenya, Korea, Nigeria, Philippines, Russia, Singapore, United Kingdom, USA and Venezuela, who will each perform from their homes, directed by Rodolfo García Vázquez, director of Brazilian company.
Actors from five continents will gather by their love for theatre to talk about the planetary event that changed the lives of more than seven billion people.
“The Art of Facing Fear”, recognized as one of the iconic works created during the pandemic, was staged for the first time in June 2020, talking about the perplexity and fear of an unknown situation faced by the entire planet, and that even today it has many unanswered questions.
The montage, which has already been seen by more than 30,000 people, is a co-production by Os Satyros and The Red Curtain International, an artistic organization from India, a country that is today the epicenter of the pandemic.
Although in times of global confrontation by Covid-19, the resumption of artistic activities still requires a lot of effort and care, it is a fact that theatre artists need to work. It is a world that returns little by little, varying according to the stage of control of the pandemic in each country. But it is still a matter that concerns the entire planet, so there is nothing better than bringing together the experiences of the five continents, synthesizing, in an artistic work, the same feeling that helps the world breathe. In an apparent contradiction, this becomes possible right now, in this new life in front of the screens.
THE COMMUNION OF DIFFERENCES – LANGUAGE, CULTURE, TIME ZONE
Directed by Rodolfo García Vázquez, co-founder and director of Os Satyros, the show will be performed mainly in English, with excerpts in other native languages of the actors. As with all rehearsals, all presentations will take place remotely and in real time, with each actor in their home, in their country and in their respective time zone, using technology to reconcile different worlds.
“Twenty-five actors from five continents! If you think finding them was difficult, imagine booking rehearsals with all these time zones. Fortunately, The Red Curtain International has already developed some expertise in assembling calendars across multiple time zones, as we have already produced two versions of the global online theatre festival The Good The@tre Festivals & Awards. The International Jury also had to watch the live performances (recorded plays are not real theatre!), so we already knew a little bit about the best times if the world needed to meet online. Os Satyros also knows a lot about making a global rehearsal schedule across time zones, as they had already produced the Afro-European and North American versions of this play,” says Indian director and producer Sumit Lai Roy, one of the founders of The Red Curtain International.
“The Art Of Facing Fear” retains its original motto, but will be renewed due to the cast’s multiple nationalities and also the passage of time between its first debut and today: “No work by Os Satyros ignores socio-political, economic and artists involved in the work. Therefore, the script will reflect much of the dynamics developed with this cross-cultural cast,” explains Rodolfo García Vázquez.
SYNOPSIS
In a dystopian future, people are trying to reconstruct stories from a life before the pandemic. In quarantine for 5,555 days, isolated and anguished, they created an internet group to connect. These friends don’t understand how electricity still exists or there is access to the web, because television stations and newspapers have ceased to exist and cities have been abandoned. Depression, loneliness, fear of contagion, anguish over the proximity of death pervade the scenes of the show.
THE IDEA OF A WORLDWIDE PERFORMANCE
The idea of “The Art Of Facing Fear” version The World United was born in 2020, during the technical rehearsal of Os Satyros for the Good The@ter Festival & Awards, produced by The Red Curtain International, a global non-profit organization that champions The@tre Without Borders.
We will be happy to arrange exclusive interviews, if you are interested, with the Director and/or any of the cast and crew from any of the 5 continents represented in this global effort to help people cope with the after-effects of the pandemic.
Showing time
PRE-SHOW: June 18th (Friday), at 11pm (GMT) with subtitles in Portuguese
PREMIERE: June 19 (Sat), at 4am (SOUTH AFRICAN TIME) or 2am (GMT)
FREE SEASON
PRESENTATIONS AND TIMES (South Africa , Cape Town time ):
06-18 (Friday) at 2:30 am
06/19 (Sat) at 8:00 pm and 4:00 am
06/20 (Sun) at 1:00 pm
06/26 (Sat) at 8:00 pm and 4:00 am
06/27 (Sun) at 1:00 pm
03/07 (Sat) at 8:00 pm and 4:00 am
07/04 (Sun) at 1:00 pm
TICKET BOOKING: from June 1st at https://www.theredcurtaininternational.org/
DURATION: 60 min / CREDIT RATING: 16 years / GENRE: drama / SEASON: until July 4th