Infrastructure development key to promoting trade, gender equality, peace and security
The Economic Commission for Africa (ECA) said that it will continue to support the LAPSSET Corridor Infrastructure Project linking the East African countries of Kenya, Ethiopia and South Sudan with the potential of increasing trade, peace, security and women’s development, its Executive Secretary Vera Songwe said on Monday.
In a speech at a ministerial meeting to inspect projects under the corridor in Addis Ababa, Songwe said the ECA was supporting the project, which connects the three countries by roads, rail and ports, not just as an infrastructure project but as a gender project that would see women traders benefit from lower costs of doing business that the facilities would engender. 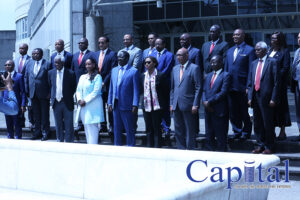 “Women on our continent are those who trade the most, they are those who do a lot of the cross border trading,” she said, adding that it was particularly important that logistical services to ensure that they traded well were put in place.
She also expressed the hope that beyond resolving the logistical challenges to trade, the project would provide desperately needed peace and security, especially in the border communities of northern Kenya, southern Sudan, as well as Kenya and Ethiopia.
“There is clear evidence that countries that trade together and are interlinked by infrastructure are also peaceful countries that grow together and essentially benefit from peace and security together,” she said.
On the African Continental Free Trade Area (AfCFTA) which commenced trading in January, Songwe said it “cannot and will never deliver on its promise if we do not have the infrastructural logistics that can connect our peoples and our countries.”
The African Union (AU) High Representative for Infrastructure, Raila Odinga, in his own remarks, said the LAPSSET project was a “vital cog in the desired wheel of continental connectivity for trade and movement of goods, people and services” whose realization must not delay any further.
Also, Transport Minister Dagmawit Moges called on development partners and regional economic communities for support to realize the goals of the corridor, while Kenya’s Cabinet Secretary for East African Community and Regional Development Adan Mohammed said the project would play a big role in reversing the challenges posed by poor infrastructure to the region’s development. 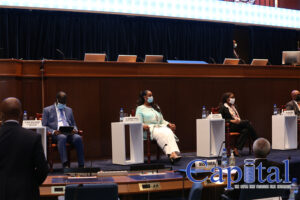 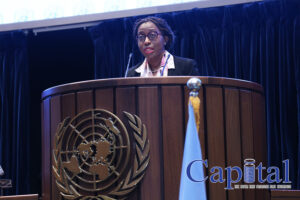