The Embassy of the Republic of Kazakhstan in Ethiopia held a seminar, “Cultural Heritage of Kazakhstan,” in honor of the 30th year of the nation’s independence on Thursday, July 08, 2021.
The seminar included an exhibition of Kazakhstani culture, politics, and monuments, the viewing of a documentary about Kazakhstani history, a presentation on the geography, architecture, and politics of the country, and performances by both Ethiopian and Kazakhstani musicians. 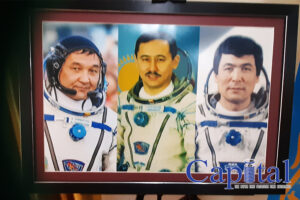 The focus of the seminar was on connecting the culture of Kazakhstan with the culture of Ethiopia. During the documentary and presentations, participants learned about Kazakhstan’s history. One organizer explained how Kazakhstani warriors used music to try and resolve disputes peacefully and avoid battle.
Participants also saw photos of Kazakhstani architecture, especially in the capital city of Nur-Sultan, including the Astana Opera, the president’s office or Ak-Orda, and the Palace of Peace and Reconciliation in Nur-Sultan.
The Embassy had a section in which participants were able to view and touch traditional Kazakhstani rugs, jewelry, cultural clothes, and decorations.
Similarly, the musical performances from both cultures worked towards that end. The Embassy invited Kazakhstani folk music singer Saule Duisenova to perform two songs with a dombra, a traditional instrument from Kazakhstan. A 6-man band then played Ethiopian music using traditional instruments such as an Ethiopian wood flute, African drums, and a masenqo.
The documentary also introduced participants to prominent figures in Kazakhstan’s past and present, from famous poets like Mukagali Makataev to musicians, wrestlers, educators, and independence-fighters. 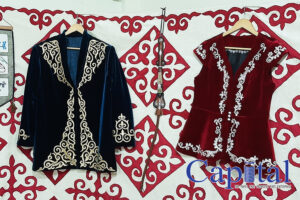 The seminar also aimed to promote the vision of a peaceful Kazakhstan. Presenters described how Kazakhstan gave up its nuclear arsenal and has since supported the destruction of nuclear weapons to produce a world free of the threat of nuclear war.
The seminar also emphasized the religious and ethnic diversity of Kazakhstan, a trait it shares with Ethiopia, according to the presenters. Kazakhstan is home to over 130 different ethnic groups, as well as Jewish, Muslim, and Russian Orthodox Christian populations, according to the presentation.
Lastly, the seminar described the modern Kazakhstan, and how it aims to balance appreciation of its heritage and culture with the development and urbanization of the nation. Kazakhstan’s capital city, Nur-Sultan, was built from scratch, and holds both modern skyscrapers and traditional Kazakhstani architecture. 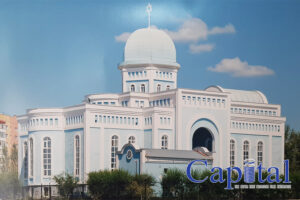