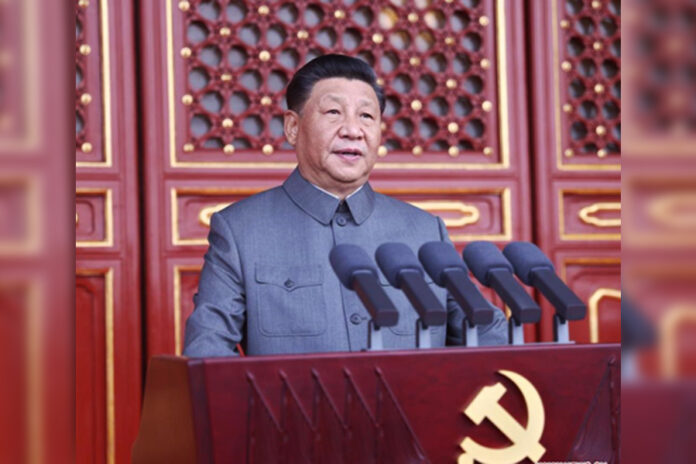 Chinese President Xi Jinping, also general secretary of the Communist Party of China (CPC) Central Committee and chairman of the Central Military Commission, delivered an important speech in Beijing on July 1st at the grand ceremony celebrating the centenary of the CPC. The highlights are as follows:

“This means that we have brought about a historic resolution to the problem of absolute poverty in China, and we are now marching in confident strides towards the second centenary goal of building China into a great modern socialist country in all respects,” President Xi said.

During the speech, Xi summed up four great successes achieved by the CPC in the past century.

CPC’s founding spirit as a source of strength

President Xi said, the founding spirit, developed by the pioneers of communism in China, consists of the following principles: upholding truth and ideals, staying true to the original aspiration and founding mission, fighting bravely without fear of sacrifice, and remaining loyal to the Party and faithful to the people.

The Chinese people will never allow any foreign force to bully, oppress or subjugate them. “Anyone who would attempt to do so will find themselves on a collision course with a great wall of steel forged by over 1.4 billion Chinese people,” President Xi stressed unequivocally, “We have never bullied, oppressed or subjugated the people of any other country, and we never will.”

“On the journey ahead, we will remain committed to promoting peace, development, cooperation, and mutual benefit, to an independent foreign policy of peace, and to the path of peaceful development. We will work to build a new type of international relations and a human community with a shared future, promote high-quality development of the Belt and Road Initiative through joint efforts, and use China’s new achievements in development to provide the world with new opportunities. The Party will continue to work with all peace-loving countries and peoples to promote the shared human values of peace, development, fairness, justice, democracy, and freedom.”

What Makes a Nation

The peace agreement made is highly necessary for us