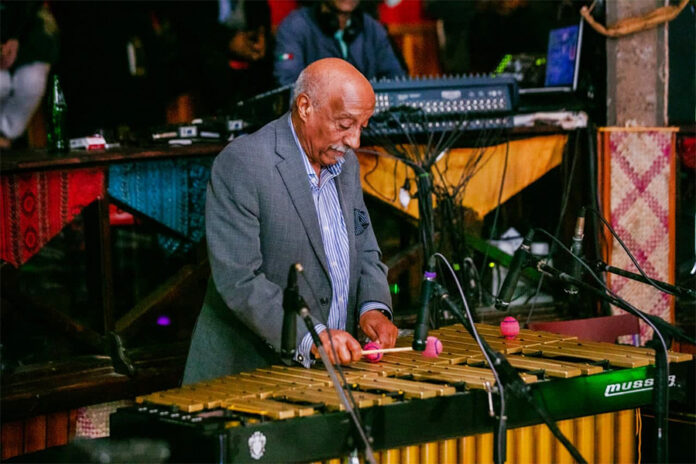 Founded by Mulatu Astatke, African Jazz Village located inside Ghion Hotel is now face lifted by BGI Ethiopia. The brewer rebuilt the place and handed it over to Mulatu Astatke on Saturday July 3, 2021.
Mulatu Astatke is an Ethiopian musician and arranger considered as the father of Ethio-jazz. Born in the western Ethiopian city of Jimma, Mulatu was musically trained in London, New York City, and Boston where he combined his jazz and Latin music interests with traditional Ethiopian music. 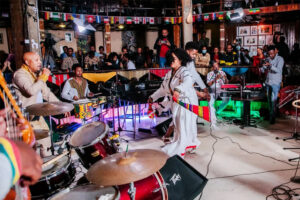 Mulatu led his band while playing vibraphone and conga drums instruments that he introduced into Ethiopian popular music as well as other percussion instruments, keyboards, and organ. His albums focus primarily on instrumental music, and Mulatu appears on all three known albums of instrumentals that were released during Ethiopian Golden 1970s.