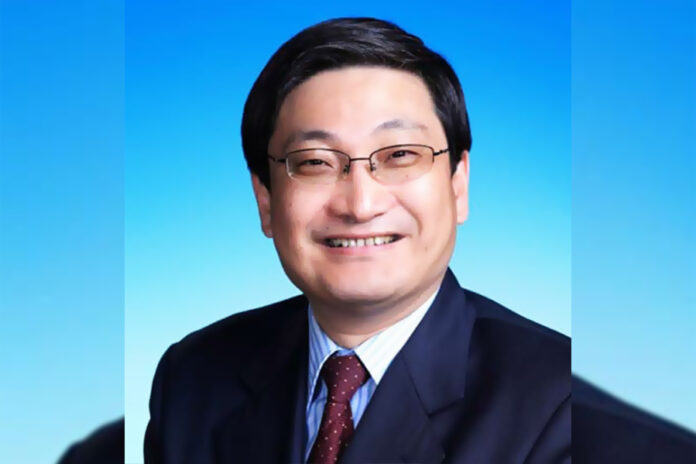 On the heels of the centenary of the Communist Party of China (CPC), the 94th anniversary of the Chinese People’s Liberation Army (PLA) is approaching. The PLA is the people’s armed forces created and led by the CPC. It has always marched in lockstep with the Party and the country over the ninety-four years. With its growth and development built upon arduous battles, fine traditions and constant improvements, the PLA has made historic contributions to China’s national liberation, its socialist reform and development drives, and to defending China’s sovereignty, security and development interests. It offers strong underpinnings on which regional stability and world peace can be upheld.

The world needs peace, and even more forces to keep peace. China has all along been a builder of world peace, a cause that its military forces firmly safeguard. Entering a new era, guided by Xi Jinping Thought on Socialism with Chinese Characteristics for a New Era and Xi Jinping Thought on Strengthening the Military, the PLA adapts to new trends and developments in the world’s revolution in military affairs. It has carried out a series of groundbreaking reforms, and is constantly improving on its ability to fulfill international responsibilities and obligations commensurate with China’s international standing. Its commitment to UN peacekeeping operations, escort missions in the Gulf of Aden, humanitarian responses and an array of other operations speaks for the true meaning of the PLA —- standing fast as a disciplined force for peace and justice.

China follows an independent foreign policy of peace and a path of peaceful development. Working with all peace-loving countries and peoples, China advocates peace, development, equity, justice, democracy and freedom, which are common values of humanity. It is China’s pursuit to champion cooperation over confrontation and replace zero-sum games with win-win results. What China championupholds is multilateralism and democracy in international relations, not the Cold War mentality. China supports the UN-centered international system, and stands for international fairness and justice. As the second largest contributor to the UN’s regular budget and peacekeeping assessment and the largest troop-contributing country among the permanent members of the UN Security Council, China has been supporting the UN’s peacekeeping operations with concrete actions. Resolutely delivering on the purposes and principles of the UN Charter, the PLA has dispatched over 40,000 peacekeepers serving in 25 operations.

China sets great store by and engages itself constructively in peace and security affairs in Africa. More than 80 percent of China’s military peacekeepers, or nearly 2,000 servicemen and women, and 75 percent of its contributions to the peacekeeping assessment are deployed in Africa. China’s naval fleet has escorted nearly 7,000 Chinese and foreign vessels through the troubled waters off Somalia in a total of nearly 2,000 escort missions. Meeting the needs of the African side, China is actively involved in mediating hotspot issues in the region and supports the maxim of African Solutions to African Problems. China is committed to shoring up Africa’s peace and security affairs under the framework of the Forum on China-Africa Cooperation (FOCAC), and is following through on its pledges of US$100 million worth of military aid gratis and an additional US$80 million to the AU. These funds are earmarked for the building of the African Standby Force and its crisis response and rapid deployment capability, and for counter-terrorism operations in the Sahel and the building of the G5 Sahel Joint Force. Acting on the new vision of common, comprehensive, cooperative and sustainable security, the Chinese government seeks to tackle Africa’s peace and security issues from the roots by promoting development. Heightened economic cooperation between China and Africa creates a considerable amount of jobs and is conducive to coordinated economic and social development in African countries. China advocates that gGreater national cohesion and reduced poverty and underdevelopment help remove disruptive and destabilizing factors in societies. All these efforts lay a solid foundation for Silencing the Guns , and for long-term peace, security and stability across the African continent.

Enhancing unity and cooperation with Africa has always been high on China’s diplomatic agenda. Faced with the COVID-19 challenge and an evolving international landscape, China and Africa are tiding over the rough times together through mutual assistance. African countries and the AU gave China firm support at a tough time during its fight against the virus —- a support China will never forget. The Extraordinary China- Africa Summit on Solidarity Against COVID-19 is a true testament to the special bond between China and Africa who reach out to each other during trying times. Despite the pandemic, over 85 percent of the eight major initiatives announced at the 2018 Beijing Summit have been implemented and 70 percent of the US$60 billion supporting funds have been disbursed or earmarked, providing a strong buttress for Africa’s economic recovery. On the international stage, both China and Africa have stayed true to multilateralism, and opposed politicizing COVID-19, acts of racism and outside interference. The Initiative on Partnership for Africa’s Development fully demonstrates the importance of boosting China-Africa coordination under new conditions to uphold equity and justice. China stands ready to work in tandem with Africa to make new and greater contributions to advancing global cooperation and multilateralism, and to fostering a closer China-Africa community with a shared future and a community with a shared future for mankind!

Ambassador Liu Yuxi is Chinese Ambassador to the African Union