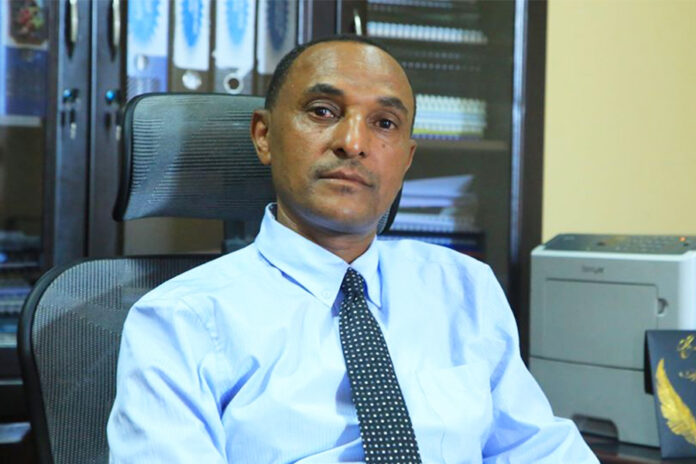 The newly formed Ethiopian Coffee Association that was established with the amalgamation of six different associations of the bean sector would have the leading role for the upcoming cup of excellence under public private partnership (PPP) modality with the government.
Adugna Debela, Director General of Ethiopian Coffee and Tea Authority, told Capital that the newly established association will lead the Cup of Excellence (CoE) 2022 that was supported and manage by Feed the Future Value Chain Activity for the past two years.
“We have strengthened the associations in the coffee industry to become a single sectoral body to lead the PPP and the authority would be the backstop to undertake the upcoming CoE,” he explained.
“We are already looking for funding organizations to start the next year’s competition. Local banks have also expressed their interest to support the initiative, while as inception we have some amount from the commission of CoE 2021,” Adugna added.
In the past there were six associations including producers, exporters, suppliers, rosters and women in coffee associations, “now we have formed one and strong Ethiopia Coffee Association that shall represented the private sector and work with the government for the benefit of the stakeholders and country.”
The authority head says that the evaluation for the CoE 2021 will be undertaking to identify the strength and weakness that will support to register better performance for the CoE 2022.
On the 2021 CoE, 1,848 competitor’s samples have been submitted and top 150 samples have passed for the second stage and 40 of them are in the final top round.
From the top 40 specialty coffees, the first 30’s have achieved 87 points and above to trade their bean on international online auction on allianceforcoffeeexcellence.org that was held on July 7.
To encourage the farmers and promote Ethiopian coffee the Ethiopian Commodity Exchange has also introduced micro lot trading platform’ to trade specialty coffee on once in a month time.
The 110 samples were eligible for micro lot trading from the 150 samples that passed for the second stage of competition under the CoE 2021 excluding the last 40 finalist.
On the international online auction that held two weeks ago Ethiopian coffee has registered another new world records.
The highly anticipated auction that gathered 188 buyers from 33 countries saw bids for over 4,000 times for more than nine hours to secure the sought-after winning coffees.
After the auction, Kidist Mulugeta, CoE Coordinator and Capacity Building Manager at Feed the Future Value Chain Activity, told Capital that the country’s quality coffee is now getting more attention from global buyers, “for instance we had only sent samples for 170 buyers but additional 18 buyers have been involved on the auction without testing the lots, which shows the buyers confidence on Ethiopian coffee, which is very high of course.”
One of the biggest achievement for this year auction is all 30 coffee have got over USD 15/pound. Last year there were some coffees that had got very high amount; the rest was low, while for this year all the coffees have amassed significant value.
The 2020 Ethiopia CoE, which is the first for Ethiopia, auction broke records, with total sales of USD 1.5 million topping the previous record of USD 830,245 from El Salvador in 2011. The El Salvador auction had 42 lots for sale, while the CoE Ethiopia auction included only 28.
For this year, the total proceeds value breaks another record for the second consecutive year and topped USD 1.8 million.
The winning lots that participated on the auction are the top 30 coffees that scored above an 87 percentage by the Cup of Excellence Global Coffee Centers. Coffee by Tamiru Tadesse of Sidama was the top scoring 90.6 percent.
In the 2020/21 Ethiopia earned a record USD 907 million from the export of 248,000 metric tons of coffee export. According to Adugna, in the current budget year that started on July 8, the authority has projected to export 280,000 metric tons of coffee that will generate a billion dollars.
He said that the performance in the first month of the budget year, which is July, has shown a promising performance.