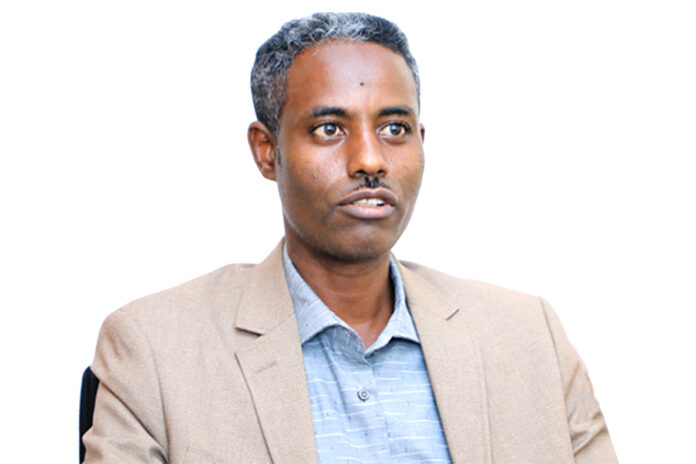 The Ethiopian Institute of Agricultural Research (EIAR) is going to file its request to introduce confined field trial (CFT) for genetically modified (GM) enset (Ensete ventricosum/false banana) in two different locations.
Ethiopian researchers have been collaborating with the International Institute of Tropical Agriculture on a project that is using genetic engineering to develop varieties of enset that are resistant to the devastating bacterial wilt disease.
After getting approval from the relevant body, EIAR has been engaged on testing the transformed type of the plant that is resistant to bacterial wilt xanthomonas on contained laboratory research.
Tadesse Daba, Director of Biotechnology Research at EIAR, said that for the last over seven years the Institute as been engaged on testing the GM enset at laboratory level.
Starting mid-1970s, the Institute’s scientist Getachew Hirgu had identified the problem faced on enset.
He said that the main reason for starting the test was that the plant, which is one of the key food security crops, has been affected by bacterial disease, “so far sustainable solution is not found for the problem, while it has been effective by the genetically engineered type of plant.”
Scientists in Taiwan had identified the gene which comes from green pepper shall be used as a solution and the tools of modern biotechnology will successfully be tested on banana. “Similarly our scientist conducted the transformation on enset in Kenya and the technology has become fruitful,” he reminded.
The research at contained laboratory has been also successful.
“We have secured fund through Ethiopia Biotechnology Institute to conduct the research on CFT, while it needs permission from the regulatory body, similar to the process of getting approval for laboratory level test,” the scientist explained.
Currently EIAR is developing a document for the request to approval to get a license for field trial.
“In this budget year we will file our request for approval and if we are allowed, we expect to commence in the coming season at the field on suitable areas for the plantation,” he said.
The CFT is expected to be at Areka and Wolqite, “In Areka, we have Agricultural Research Center specialized on banana and related plantations and Wolqite is popular on enset cultivation.” 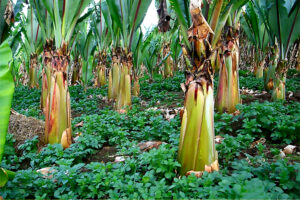 Enset is a staple food for millions of Ethiopians mainly in the southern central part of the country.
Tadesse said that COVID 19 as global problem has affected researchers here, for those who are engaged on ground and practical works all together, “we are also working with such kind of works with international partners with regular meetings, while it has been slowed down because of the pandemic.”
After long CFT, which represents Ethiopia’s first field trial of a GM food crop, for GM maize dubbed to drought tolerant and insect resistant EIRA had filed to get approval from relevant body, Environment, Forest and Climate Change Commission, who have already accepted the application and referred to the National Biodiversity/ Biosafety Advisory Committee that is comprised of senior experts from 13 institutes who are in charge for final approval.
Tadesse said that the response from the independent committee that was formed by the Office of the Prime Minister has been delayed because of COVID 19 effect. He expected positive responses to come soon that will allow EIAR to undertake further trials.
“Multiplication variety trials that may take up to three years depends on the number of trial areas will be the next step for GM maize to get final approval from National Variety Release Committee for environmental release or commercialization,” the Director of Biotechnology Research explained.
The GM maize CFT was conducted at Melkassa Agricultural Research Center, 110 km south east of Addis Ababa for drought resistance and Bako Agricultural Research Center, 250 km west of Addis Ababa for the test of resistance for insects.