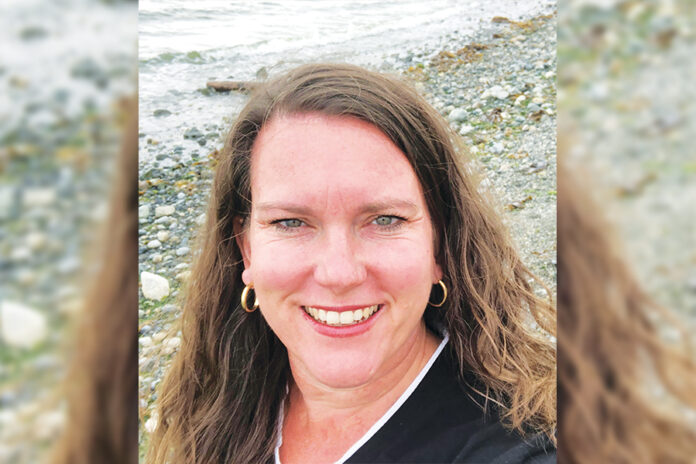 Trish Okenge is the Country Director of Ethiopia at Food for the Hungry (FH) and serves out of FH’s office in Addis Ababa, Ethiopia. Trish joined FH as a Project Administrator in Rwanda in 1996. She was promoted to various roles, such as Program Coordinator, until 1999. She returned to FH as the Program Director in Rwanda in 2012, then moved to Uganda to serve as a Country Director in 2014. Trish began her current role as Country Director in Ethiopia in January 2019. In this role, Trish is responsible for programmatic leadership and strategy, including donor relations, networking and relationship management among partners and other NGOs, ensuring Ethiopia’s program strategy is in alignment with FH’s organization strategy, and reaching desired program goals. Additionally, she oversees program and operations aspects of the country office, including human resources, finance, logistics, security, IT, resource development, and humanitarian and development programs.
Trish is passionate about leadership development, organizational health, developing thriving staff members, and church empowerment within FH communities. She says, “FH affords me the opportunity to live out my faith in concrete action, living out my calling.” She talked to Capital about how FH is assisting the needy. Excerpts;

Capital: When did FH get involved with the building of Sebacare 4?

Trish Okenge: FH became involved during Sebacare 4 site selection and detailed implementation planning stage together with IOM, UNICEF and Samaritans Purse in mid-March, 2021. Following a successful WASH facilities design consultation with the WASH cluster which is coordinated by UNICEF, FH started the construction of WASH facilities (latrines, showers and water systems) in April, 2021 and completed it in June, 2021.

Capital: Do you have an estimate on when the camp will be ready to start housing displaced peoples?

Capital: What does the process of housing people look like?

Trish Okenge: UNHCR, IOM and Samaritans Purse are actively engaged on shelter construction at the Sebacare camp site. UNHCR and IOM have been building communal shelter blocks with HouseHold (HH) partitions inside of it whereas, Samaritans Purse has built HH blocks. Sebacare 4 is the only camp in Mekelle currently and covering a portion of the IDPs shelter needs. When the committee thinks about housing people, everything needs to be considered like shelter, water and hygiene, protection, infrastructures that the IDPs will need like access to markets, places of worship, safe places for children, education, and health services as a start.

Capital: Has FH taken on initiatives like this in the past? If so, where and when?

Capital: Tell me about the gender-specific sanitation being built in Sebacare 4. Why is this needed and how was it lacking in other IDP camps?

Capital: In areas in which there was no gender-specific sanitation, what were the consequences?

Trish Okenge: Women/ girls usually won’t be willing to use the sanitation facility in that case. It may result in environmental pollution due to open defecation and it encourages the use of flying toilets. Moreover, the lack of gender-specific facilities for women and girls in the camp setting is psychologically damaging. It is possible that these women and girls were exposed to some form of abuse during the conflict and if favorable conditions are not in place for them, they may end-up in a more traumatic condition due to day to day fear and shame of using no gender –specific sanitation facilities.

Capital: How will FH and those working on Sebacare ensure the safety of all IDPS housed in the camp?

Trish Okenge: Sebacare 4 camp has to be well protected for the safety of the IDPs and all of the facilities in the camp.
There should be a responsible authority to administer the camp to ensure the general safety of the IDPs
Once the IDPs move, FH has a plan to train IDPs representatives (women and men) from each shelter cubicle on how to protect IDPs’ safety and encourage them to report incidences to the responsible body. Beneficiary protection mechanisms will be put in place where reporting options are explained.
FH will liaise with camp administration & authorities responsible for protection and security; with regard to crime, abuse and exploitation, ensuring that monitoring, reporting and response mechanisms are established and known to all of the camp community in order to facilitate access to justice;
FH implements its own internal beneficiary safeguarding policy to ensure no harm to IDPs while staff are operating the aid service for the needy community members.

Capital: In your view, what does a safe IDP camp look like? What are the requirements to make a camp safe?

Trish Okenge: The camp should be free from any form of violence such as Sexual violence Rape, assault, molestation, inappropriate touching. Psychosocial violence Harassment, bullying, or causing fear, stress or shame. Physical violence Beating or fighting leading to injury or death. Socio-cultural violence Social ostracism, political marginalization, social norms with negative impacts
The camp should be free from injuries related to facilities inadequate design or unsafe construction, such as through sharp edges, slippery floors, collapsing pit latrines, or contact with hazardous wastes.
Well protected (fenced) and controlled access from the main road
It should be away from the conflict area and flood zones
Facilities in the camp should be accessible for all age groups and inclusive
It should be well lit: at minimum, sanitation facilities should be located at near proximity for night time access specially for women and girls.
The camp needs an active camp administration and functioning incidents reporting and feedback mechanisms
The camp needs well-established environmental health management and needs to be equipped with facilities to ensure a safe environment.
The camp should have a women’s and girls’ safe space for counseling, referrals and guidance
The IDPs camp should be organized enough to limit the entry of external perpetrators.
All the facilities supporting the life of the IDPs in the camp should meet minimum SPHERE standards.
The aid workers working in the camp need to know and practice Code of Conduct and implement Do No-Harm principles

Capital: How is FH working to meet those requirements in Sebacare 4?

Trish Okenge: FH strives to maintain a safe camp for IDPs within the scope of the interventions we do. Also, FH deliberately implements beneficiary safeguarding policy to ensure IDPs safety. The WASH facilities that we constructed are carefully aligned to SPHERE standards and the design has been agreed upon through consultation of a wide number of stakeholders.

Capital: Why did FH choose to focus its work on the women and girls affected by the crisis?

Trish Okenge: People with a range of special needs are groups FH prioritizes in all of its interventions. Women and girls are the most vulnerable segment of the IDP population. Working in view of addressing their vulnerability, to ensure their safety and security among the IDPs, is our priority. Also, people with range of special needs are groups FH gives priority with all its interventions.

Capital: How is FH working to prioritize the women and girls who will be housed in Sebacare 4?

Trish Okenge: FH considers women and girls’ vulnerability in the planning, design and implementation of emergency response project. In view of that FH strives to maintain women and girls’ safety and security factors within the WASH intervention of the Sebacare 4 camp. Also, FH has plans to promote behavioral change on protection perspectives such as any type of Gender-based violence that can be expected to happen in the camp setting from time to time.

Capital: What are FH’s other projects in the Tigray region?

Capital: What is FH’s overarching goal for its work in Tigray? In other words, what would you like to accomplish beyond the specific initiatives?

Capital: Have you or do you have plans to expand these projects beyond Tigray and into other regions of Ethiopia that are in need?

Trish Okenge: Yes, based on funds availability, we strive to work and grow to our vision (to see human suffering ended worldwide)

Capital: What impact would you like FH to have on the people housed in this camp and those benefiting from your aid projects?

Trish Okenge: FH wants to see IDPs benefiting from our interventions and their life conditions improved and comforted.