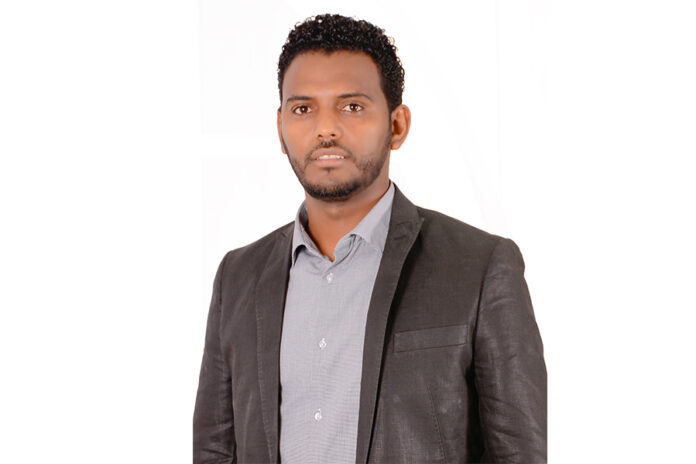 Gasha Commission Agent PLC, financial focused company, is in discussion with banks to create dynamism in the insurance industry and to boost the access to finance for the needy.
The company that was formed on the target to include the excluded motor sector on the insurance with new scheme has disclosed that it has already got massive acceptances from financial industries that will back the new scheme.
Abel Hailemariam, owner and CEO of Gasha, said that his company has been engaged in detail study on how the cars, mainly public services provides to be included on the insurance coverage that is ill on the sector compared with other insurance businesses.
He said insurers are not interested to play with motor insurance particularly on vehicles with high mobility like minibus and small taxes due to they are highly vulnerable to accidents which directly affects the income of insurance companies, “due to that, they impose huge amounts of rate as a premium for such vehicles that is unaffordable and discouraging for car owners.”
“Besides that as per the business experience in the country to be insured clients have to pay yearly insurance coverage and besides that according to the National Bank of Ethiopia, the regulatory body, directive advance payment of premium is a must, which narrows the loophole to come up with credit alternatives on the sector,” the CEO explained.
On the new scheme Gasha is coming with the idea that it will settle the premium on behalf of vehicles in advance and vehicle owners shall re pay on daily basis.
“Most of the stated type of vehicles is excluded from insurance coverage except the mandatory third party insurance, while most of such kinds of cars are major source of income for drivers, owners or their family,” Abel says, adding, “but these assets that may be bought after long saving or by families for their children to support their life and that the same time economic pillars and job for many Ethiopians are endanger.”
“If any accident and damage occurred on a single car the effect is very massive for those, whose life is depended on it due to that insurance coverage is a must,” he elaborate the reason why the new scheme introduced on car owners side.
On the other hand the source of finance for the insurance coverage that will be hundreds of millions of birr shall be supported by financial firms, who are willing to be part of the idea.
“The scheme is coming with the idea of premium finance that is common in other countries. And on this banks will be players to provide the finance for the premium,” Abel explained.
“As a company at the initial stage we may have some contribution but most of the premium is supposed to come from banks that will make them highly beneficiary in different economic of scales,” he added.
According to the plan, a bank shall cover a premium of many cars for insurer, while beneficiaries would resettle their payment on daily bases through the bank account that they opened on the bank, which paid for their premium in advance.
The study indicated that to cover the annual premium the maximum daily payment amount for a vehicle, which is mainly engaged on daily income, is 45 birr.
On this scheme banks shall easily expand their customers base, saving, other banking services. “Beyond interest earning banks customer base will be massive because of the scheme,” the study indicates.
“For insurers it shall be expressed by a single word; it is a bonanza. As per our study for instance if an insurer covers 10,000 vehicles under this scheme the premium would be 125 million birr or if the number of cars shall be 25, 000 the amount of premium is over 312 million birr,” the CEO explained.
“Insurers shall manage this with a single poll and since the poll includes huge customers their benefit also is very significant,” he added.
Gasha will benefit on service charge as a facilitators.
For vehicle owners they will be safe from any risk, and shall settle their premium in long term arrangement, “while the major benefit of car owners would be that they enable to use their assets to access finance.”
“Insurance coverage is a must to access finance from may be banks or micro finances, meanwhile at the current stage such kind of vehicle owners have neglected to make their cars as collateral because of the insurance issue,” Abel shows the condition and stated the new scheme will empower them to access finance.
Abel said that most of the banks have understood the concept and assures its feasibility, “while so far two long established banks and one on the pipeline are closely negotiating with our company on final terms to introduce the initiative that will be very soon.”
The company has identified the number of cars that badly need the insurance coverage. As per the estimation 10,000 minibus and other conventional taxies, about 40, 000 meter taxies and 10,000 minibus that providing taxi services as support needs insurance coverage.
“We expect that at least 35,000 vehicles will be included under the new scheme in a month time when the initiative begins,” Abel confidently said.
The CEO said that the scheme will bring huge amount of money to bank and improve saving and accelerate the economy in general.
Abel is also a founder of New Life for Civil Servants that is expected to be biggest share company with 40 billion birr investment and 5 million share holders.
New Life for Civil Servants is forming on the concept to stabilize the market and benefit the wider public on consumer products. It has planned to involve the massive consumers in the scheme.