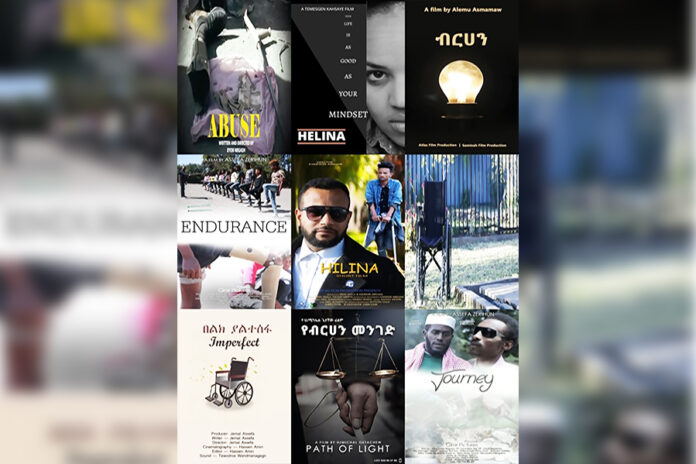 For the 13th round of the Australian short film festival ‘Focus On Ability /FOA/’, 33 Local Short films are going to compete in Australia for the award category of “best short film”, “best short documentary” and “people choice awards.”
“With a detailed assessment of film makers, personal consultation and mentoring on how to produce an international level short film and submission, 33 Local short films represented Ethiopia to compete in Sydney Australia with other international films from 21 countries,” said Mikiyas Mulugeta executive director of Ethiopian branch of Focus On Ability.
As he said, the Ethiopian entries are 5 Short documentaries and 28 Short films that focus on the lives and challenges of disabled characters. Of those 28 Short films, 2 of them are animations, which have a significant gesture on the growth of Ethiopian Audio-Visual industry.
Organized in Sydney, Australia, the festival has a wide range of compensations for the film makers like prize money, educational opportunities and certificate. This could be a prominent gesture for their profile of a film career.
In 2009, CEO of NOVA Employment Martin Wren began the festival with a belief in the ability of people with disability, and the goal of bringing that belief to the world through the medium of film. The festival asks film makers to focus on ability of people with a disability by sharing the story to the world.
Currently, the voting is open for the International finalists until August 16. There are 97 films from 21 different countries in total.
Also Focus on Ability Ethiopia Film Festival will be hailed on October, 2021, founded by head quarter of Focus on Ability team and assisted by Mikiyas for the wide range of advantages to different focus groups.
Mikiyas had participated in the 2020 “Focus on ability film festival” and won the International competition on FOA “People Choice Awards”.
Since then, he has become a country manager and executive director of Focus on Ability Ethiopia short film festival under the international organization of the focus on ability.
Eventually, Focus on Ability Ethiopia had been assigned by the international group to organize local short films in Ethiopia that focuses on the lives of the disabled to participate on this festival.