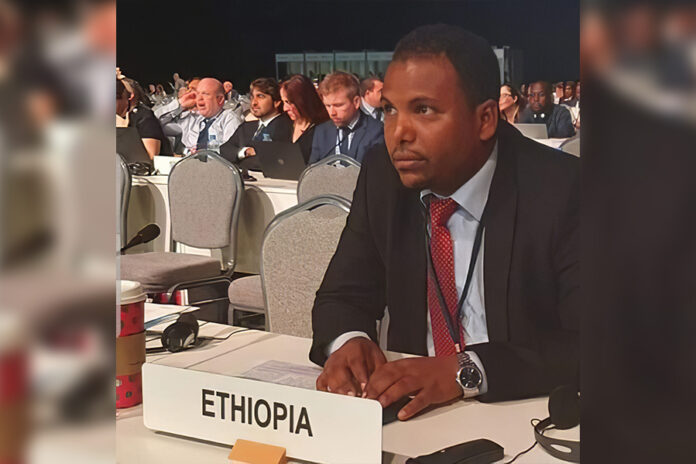 The Federal Attorney General (FAG) announces that it is working with different countries for mutual legal assistance (MLA) to repatriate illicit asset of the country.
FAG has also repossessed close to 2.2 billion birr worth of asset to the public. Additional 1.4 billion birr worth of asset is under investigation or in different stages to be restored to the public.
Alemante Agidew, Director General of Asset Recovery Directorate General said that FAG is working with countries and international organization to repossess illegally smuggled property of the country.
The FAG report that was issued on Friday stated that it has formed a new directorate to look into the cross border organized crimes against the country and its economic security.
Alemante told Capital that under MLA Ethiopia is working with various countries and international organization, “it includes the request for joint investigation and cooperation.”
He said that besides that capacity building is part of one of the major moves to identify and repossess Ethiopia’s assets.
“Under Stolen Asset Recovery (StAR) Initiative that was formed by the World Bank and UNODC capacity building is provided for the Directorate General Asset investigators and asset recovery prosecutors,” Alemante explained.
He said that the StAR capacity building is very intensive training that is gone parallel with MLA to identify and reposes the country properties that illegal fled from the country.
“Various cooperation is taken from global partners to identify illegal acts,” the recently formed division Director General explained.
“Formal and informal approaches are the schemes for MLA. The formal one is information sharing platforms with mutual institutions, agencies and individuals in foreign countries. While the informal approach is taking the diplomatic channel that we are using both schemes for MLA,” he elaborated.
It said that in the past budget year it has been engaged in massive investigation of fraudulent assets and criminals and has been able to repossess huge amounts of illegally generated assets to the government.
Alemante said that recovery and repositioning of fraudulent asset, which is public property, is a crucial part besides penalizing illegal actors.
He said that in the 2020/21 budget year that ended early July, 2.16 billion birr worth of fraudulent assets were repositioned to the public and the directorate in different stages of clearing to which led to recovery of close to 1.4 billion birr worth fraud assets.
At the same time, 5.8 billion birr worth of assets that was suspected on illegal accumulation has been frozen by the courts.
He said that different amount of money, several buildings and other properties have been transferred to the third party to be administered on the aim to prevent possible crimes by using these resources.