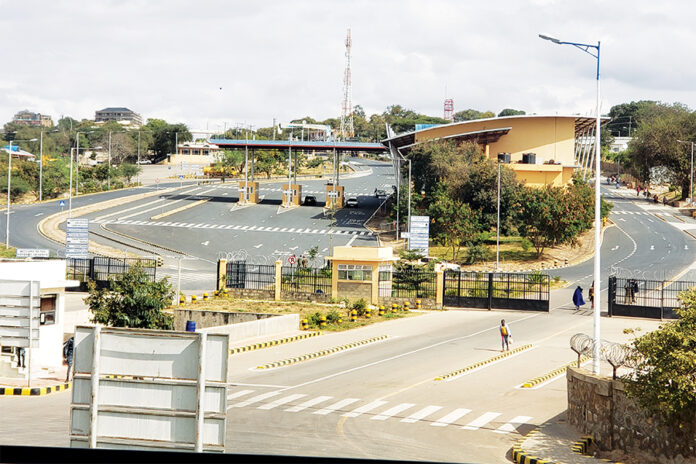 The small scale business community in Moyale, Ethio-Kenya border urges the government to come up with an initiative to back their activity from both sides.
The Ethiopian side said that it is in the final stages to introduce a protocol that will allow the community in the two border countries’ area to trade and move goods easily.
Ethiopian Customs Commission disclosed that it is getting a lesson from Nairobi, which has more experience on One-Stop Border Post (OSBP) with its East African Community peers like Tanzania and Uganda, in order to make effective the Moyale OSBP.
On the discussion held between small scale traders at the two Moyales and the customs officers of Kenya and Ethiopia, traders appreciated the improvement of activities at the boarder since Moyale OSBP became operational starting from the first week of June.
While on the discussion held at the Ethiopian side of OSBP, traders expressed their desire to see improvements on the border trade particularly on the Ethiopian side to ease the transportation of commodities to the Kenyan Moyale border. 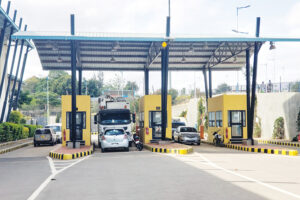 One of the traders said that the situation from the Kenyan side is good and requested the Ethiopian side to smoothen the border trade similar to Kenya.
Abebe Ersumo, Deputy Head for Operation at Moyale Customs Branch of Ethiopian Customs Commission (ECC), said that the OSBP, which was inaugurated on December 9, 2020 by the head of governments of the two countries had become operational as of June 9, and has since then been successfully changing the previous very lengthy processes of clearing.
He said that the OSBP would create conducive environment in different aspects including boosting the small scale border trade and even smashing contraband from both sides.
“The major objective of the meeting with traders in the area is mainly targeting to create awareness about OSBP and its benefit for the community,” Abebe told Capital.
“We are working in different preparations to expand the operation of OSBP for the benefit of the two countries and the community in the area. Similarly, we are looking into small scale traders demand which is supposed to be responded by the higher and required body, which is now being worked on,” he added.
Abraham Gudeta, Process Coordinator for International Cooperation at ECC, said that continued community sensitization is made in collaboration with Trade Mark East Africa (TMEA), which provided technical support on the realization of OSBP from inception.
Abraham said that in terms of preparing border trade protocol for small scale traders, the Ethiopian government is developing the legal framework. “The framework is in consultation with the Kenyan Ministry of Trade in July and the action plan is being prepared to conclude the bilateral agreement between the two countries,” he said.
“The Ministry of Trade and Industry is working on it and it will come with a better solution and legal framework to amplify the small scale trade,” Abraham added.
The document that TMEA issued indicated that OSBP contributes to enhancing greater inclusion of women in trade, especially for the small-scale cross border traders, majority of who are women.
“In the past the customs clearing was conducted by both posts, while since OSBP become operational the clearing is taken jointly and at once, which reduced the process time significantly,” Abebe explained.
Abraham said that the public is now beginning to enjoy the OSBP and that it shall brew fruit with time when the community fully becomes aware of it.
Joel Ndege, Kenya Revenue Authority Station Manager Moyale OSBP and the Chairman of the Border Management Committee expressed that the acceptance of the community around is very high although there is need for continued community engagement of get a full coverage in the community. 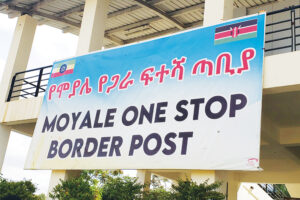 The scheme customs and other relevant government bodies are working on both sides of the post. When the cargo fleet is on transit to Kenya it is only cleared by the post at the Kenyan side and similar for the import of Ethiopia.
Ethiopia imports chemicals, shoe creams, stationary, textile and garment, and seasonally carrot; and Ethiopia exports agricultural products like Khat, tomato, onion, livestock, and industrial product including bottle and leather and leather products.
Abebe said that the OSBP is the first for Ethiopia, while Kenya has five before, due to that they are well experienced than the Ethiopian side, “we may take lesson from them to improve our service and we are doing that at the moment.”
OSBP aims to see seamless flow of cargo traffic through the OSBP in both directions, without any hindrance, where it had taken days for clearing in the past.
Traders do not have to undergo the same procedures multiple times with different border agencies, by making border crossing clearance processes easier and faster.