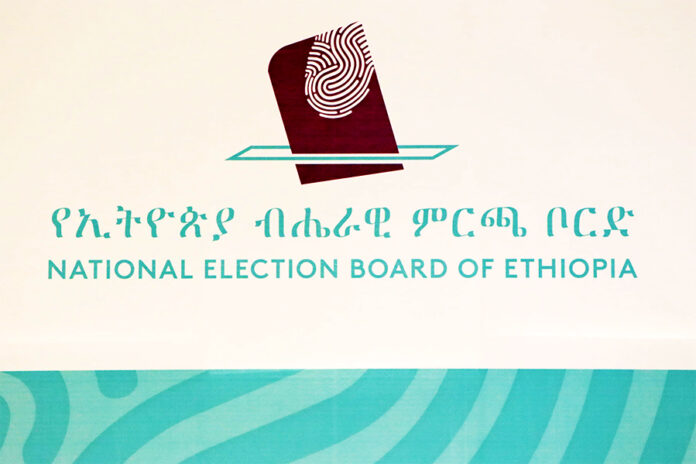 The National Electoral Board of Ethiopia (NEBE) is vying to extend the election in areas where the first round of the 6th national elections was not held.
Due to ballot paper defects, security concerns, voter registration, and disputes, a total of 64 constituencies were expected to hold elections on September 6. However, according to sources Capital has learnt that the board is planning to hold the polls on September 27, 2021, citing continued security issues, lack of time for preparation and other existing situations of the country as hurdles that have caused the delay.
The board had extended the election in areas of Amhara, Oromia and Benishangul-Gumuz where there were no conditions conducive to hold elections due to security concerns. Similar postponements were faced in Harari, Dire Dawa and SNNPR where the elections were unlikely to take place. Likewise, it is to be recalled that polling did not taken place as scheduled in all constituencies in the Somali region as well as in the South West Referendum, and these areas are set to cast the ballot before a new parliamentary session begins in early October. The case of Tigray however is totally dependent on the improvement of the security situation.
The 6th general election polls were originally scheduled for August 2020 but were delayed because of the coronavirus pandemic and were slated for June 5, 2020. The NEBE later announced that due to administrative and logistical problems it postponed it to June 21.
During the period of the slated election, the board revealed that 15 percent of the constituencies were unable to participate in the election but overall the 6th general election was held at all of the constituencies in Addis Ababa, Dire Dawa, Gambela and Sidama region with the board now having already announced election results for both regional councils and federal house of people representatives.
The September 6 election was decided in early June primarily, owing to security concerns, voter registration, irregularities in ballot papers, and disputes with the Board over the election.
For instance, parts of western and southern Oromia were not safe, and were racked by armed insurgency. Fierce fighting in these places, as well as in the neighboring region of Benishangul-Gumuz, and Amhara Region had stopped the voting process scheduled. The delays were faced in the Somali and Harari regions, which had been beset by legal disputes as well as mishaps such as misprinted ballot papers. The referendum in Southwest Ethiopia was also scheduled to take place on June 21 with the general election, but due to security concerns, some constituencies were not able to cast their ballots so the election were transformed to be held on September 6, 2021.