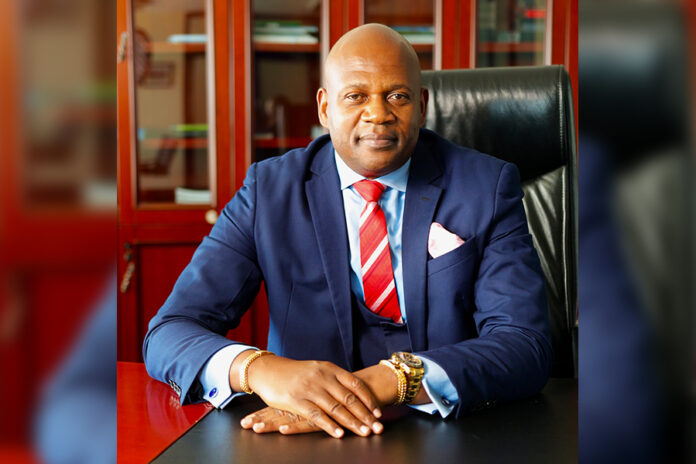 Shelter Afrique (SHAF) is a Pan-African Housing Financial institution which is owned 78% by 44 countries in Africa , 18% by the African Development Bank (AfDB) & 4% by the African Re-insurance Company ( ARC ). SHAF intervenes on the supply-side of the Housing Value Chain through Public-Private Partnerships with member states and reputable large scale Developers in the construction of no less than 1000 Affordable Houses per project. On the demand-side SHAF provides competitively priced long-term lines of credit to reputable banks & Financial Intermediaries within the 44 member states that assist house buyers with mortgage loans & housing microfinance products inter-alia. The Centre of Excellence is an On-Line portable that has been developed to be a one stop repository of up to date research on Affordable Housing Trends in all the 54 countries in Africa and provides on-line capacity building development programs .The CoE is also a repository off all innovation within the Affordable Housing Sector ranging from Alternative Building methods to innovative housing finance solutions that enhance affordability for Housing Beneficiaries. Capital talked to Andrew Chimphondah SHAF’s Group Managing Director and CEO about their project across Africa. Excerpts;

Capital: What was the process of issuing the Yaoundé declaration?

Andrew Chimphondah: It involved an exhaustive consultative and iterative process; one of the advantages of having broad membership and support from 44 African Member states is that it allows you to approach matters multilaterally. This year we celebrate 40 years of existence. As we reviewed our progress over the last 40 years, it became apparent to us that we needed to lean into our convening power and issue a policy framework that would guide our member states. To do that, we consulted with them widely on the nature of the declaration; we also had to understand how to introduce it as a resolution of the General Meeting. The declaration itself was created from the various meetings we held during the AGM week, most notably the Ministerial Roundtable Session of African Housing and Finance Ministers, which was the first of its kind. In the end, our members were willing and happy to pass the declaration because we were simply reiterating the commitments and issue areas they themselves had mentioned during the AGM week.

Capital: How is Shelter Afrique working with national governments on this project?

Andrew Chimphondah: We do not view this as a separate project; it is a continuation of the work we already do, so we will not create different workstreams for this. The Yaoundé Declaration, in sum, prioritises the work we do and refocuses our member states to address these areas as a matter of policy. We believe that is the difference here; Africa has no shortages of policies, we have never suffered from a know-how gap; it has always been implementation. Frankly, the difference between a simple policy statement and a 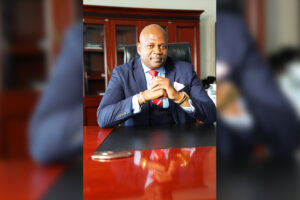 framework is implementation, so we are committed to working in tandem with our member states to ensure that these issue-areas are getting attention. However, for us institutionally, they are matters that we have been committed to all along. Matters of affordable housing and access to affordable finance, matters of improving women homeownership, rent-to-home schemes and green financing are all things that have been driving our strategy. Our Centre of Excellence, which is tasked with research, capacity-building and advocacy, is charged with implementing this declaration along with the UN-Habitat.

Capital: What do you think is the ultimate cause of the housing shortage in Africa?

Andrew Chimphondah: There are many obstacles to housing in Africa; it is difficult to list them all; however, we have found there are a number of them that are common to all African countries. I will focus on two as they have broad applications for most African countries. The most common obstacle is usually access to affordable financing on both the demand and finance sides. On the one hand, developers and governments cannot access funding to develop large-scale projects which is the only way it makes sense for funding at the lower end of the market. Additionally, buyers cannot access affordable mortgages; most mortgage markets on the continent are underdeveloped. These factors contribute to the widening deficit across Africa. Secondly, there is the matter of access to land; land registration and titling across most African countries are still problematic and lengthy which discourage the development of large-scale projects. Most of the titling regulations and laws are holdovers of the colonial period which need to be updated and more importantly, digitised; gladly, many countries are starting to make progress in developing their registration processes.

Capital: How will you work to tackle that root cause?

Andrew Chimphondah: Shelter Afrique addresses these problems in the following ways: our Lines of Credits to financial organisations provides affordable mortgages; additionally, through our private-public-partnership, we catalyse and provide financing for developers. Through the Centre of Excellence, our research arm, we are working with governments to perfect their regulations and titling systems and we are also deepening capacity through our masterclass sessions. We have a product offering that anticipates all the needs in the market; we believe as a Development Finance Institution, the primary objective for us is to address market failure and create markets where they do not exist.

Capital: What is the purpose of the Yaoundé Declaration? Is it binding?

Andrew Chimphondah: We want to clarify that there are already existing policy frameworks that the Yaoundé declaration recognises and works in support allows you. Namely, the New Urban Agenda which most African nations have agreed to and other frameworks such as Agenda 2063 of the African Union, which has made housing and urbanisation a priority area. However, we are the only African institution charged with affordable housing specifically with a reach of 44 African countries; we wanted to address the issues I just elaborated as problems and not grand policy statements. The Yaoundé declaration supports and recognises all the frameworks before it; however, it focuses on affordability of financing, capacity-development, land registration problems and commits the members to address these. While the declaration is not binding legally, our member-states have committed to including it in their policy formulation and to revisit it annually to track its progress. We are committed to monitoring and assisting our member countries to begin to address these areas. The members have already committed to reviewing these at the next AGM, and we will be working in tandem with them to ensure we have a progress report at the next AGM.

Capital: What do you hope to achieve at the end of this process?

Andrew Chimphondah: We expect that the process does not end but signals a beginning; declaring an end of the process would indicate that all the issue areas have been sufficiently addressed and we do not believe that will b the case. The Yaoundé Declaration operates in the immediate-near future; as I mentioned earlier, we will be monitoring the progress yearly or bi-yearly, but it is expected to be relevant in parallel to our strategic cycles which is updated every five years. It mirrors the lifespan of other frameworks, such as the New Urban Agenda. So, we expect that we will have another declaration to supplant or supplement the current policy framework. The declaration must be responsive to reality, so in their wisdom, whenever it needs updating or refreshing, the General Meeting will be attentive to this. Beyond this however, we expect that this draws attention to the need to approach housing in Africa as a matter that requires multilateral engagement, just as we have in other issue areas. This, for us, will be the biggest takeaway.