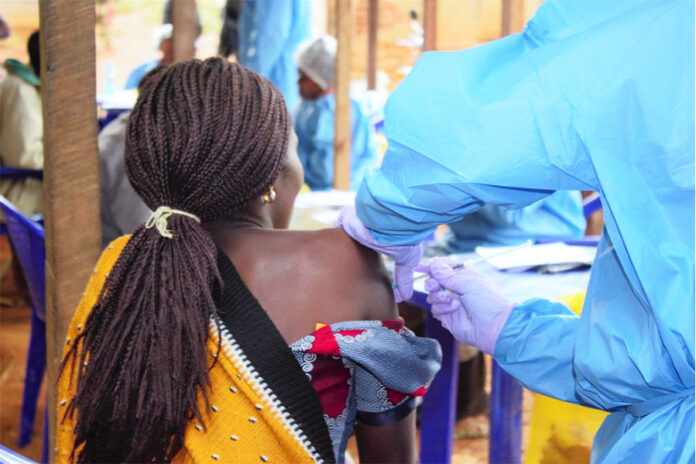 Nine African countries, including South Africa, Morocco and Tunisia, have already reached the global target set in May by the World Health Assembly, the world’s highest health policy-setting body. At the current pace, three more African countries are set to meet the target. Two more could meet it if they speed up vaccinations.
“With less than a month to go, this looming goal must concentrate minds in Africa and globally. Vaccine hoarding has held Africa back and we urgently need more vaccines, but as more doses arrive, African countries must zero in and drive forward precise plans to rapidly vaccinate the millions of people that still face a grave threat from COVID-19,” said Dr Matshidiso Moeti, WHO Regional Director for Africa.
Almost 21 million COVID-19 vaccines arrived in Africa via the COVAX Facility in August, an amount equal to the previous four months combined. With more vaccines expected from COVAX and the African Union by the end of September, we could see enough doses delivered to meet the 10% target.
While many African countries have sped up COVID-19 vaccinations as vaccine shipments ramped up in August, 26 countries have used less than half of their COVID-19 vaccines.
Over 143 million doses have been received in Africa in total and 39 million people around just 3% of Africa’s population are fully vaccinated. In comparison, 52% of people are fully vaccinated in the United States of America and 57% in the European Union.
“The inequity is deeply disturbing. Just 2% of the over five billion doses given globally have been administered in Africa. Yet recent rises in vaccine shipments and commitments shows that a fairer, more just global distribution of vaccines looks possible,” said Dr Moeti.
Countries must continue to address operational gaps and continually improve, adapt and refine their COVID-19 vaccination campaigns. Of the 30 countries that have submitted data to WHO on operational readiness, one in two have not conducted intra-action reviews, which are key to assessing and fine-tuning progress. One in three countries have not updated their National Vaccine Deployment Plans, which instruct all COVID-19 vaccination actions in each country.
WHO is providing tailored policy advice and technical guidance and support to African countries to help enhance their logistics, planning and monitoring capacities. WHO is also working to share valuable lessons and experiences between countries.
COVID-19 cases are declining slightly in Africa but remain stubbornly high. A rising number of new cases in Central, East and West Africa pushed case numbers up to nearly 215 000 in the week ending on 29 August. Twenty-five countries over 45% of African countries are reporting high or fast-rising case numbers. Over 5500 deaths were reported in the week ending on 29 August.
“Although Africa’s third wave peaked in July, the decline in new cases is at a glacial pace far slower than in previous waves. The pandemic is still raging in Africa and we must not let our guard down. Every hour 26 Africans die of COVID-19.”
The highly transmissible Delta variant has been found in 31 African countries. The Alpha variant has been detected in 44 countries and the Beta variant in 39.
The C.1.2 variant has been identified in 114 cases in South Africa. Single cases have been found in four other African countries, and very low case numbers have been reported internationally. While first reported to WHO in July, the prevalence of this new variant remains very low. To be identified as a variant of concern there must be evidence of an impact on transmissibility, severity or immunity. This is not the case for the C.1.2 variant, yet more data is required.
“We are closely monitoring the spread and evolution of all reported variants of COVID-19, including C.1.2. Mask wearing, physical distancing and regular hand washing will help keep you safe from all variants,” said Dr Moeti.