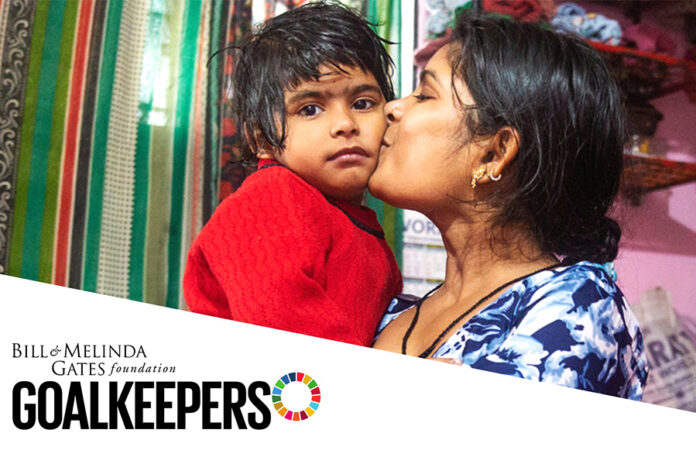 A research done by Bill and Melinda Gates foundation reveals how the world stepped up to prevent worst-case scenarios from happening and the need for long-term investments to ensure an equitable recovery and continued progress toward the Global Goals.
The findings of the research were announced at the fifth annual Goalkeepers Report organized by the company. It features an updated global dataset illustrating the pandemic’s adverse impact on progress toward the United Nations Sustainable Development Goals (Global Goals).
According to the findings, those who have been hit the hardest due to the pandemic will likely be the slowest to recover from it. Because of COVID-19, an additional 31 million people were pushed into extreme poverty in 2020 compared to 2019. And while 90% of advanced economies will regain pre-pandemic per capita income levels by next year, only a third of low- and middle-income economies are expected to do so.
Fortunately, the world stepped up to avert some of the worst-case scenarios. This is a contrast to last year’s predicted drop of 14 percentage points in global vaccine coverage effectively erasing 25 years of progress in 25 weeks. New analysis from IHME demonstrates that the decline, while still unacceptable, was only half of what was anticipated.
Co-chairs of the research have highlighted the “breathtaking innovation” that was only possible due to global collaboration, commitment, and investments over decades. They acknowledge that averting the worst-case scenarios is commendable, yet they note it’s not enough.
Another issue brought to light was the economic impact that the pandemic has had on women globally. In both high and low income countries, women were affected more than men.
“Women face structural barriers in every corner of the world, leaving them more vulnerable to the impacts of the pandemic,” said co-chair Melinda Gates. She also emphasized the need to invest in women now to address inequities as well as their responsibilities governments have to spur a more equitable recovery while strengthening their economies against future crises.
As vaccines continue to be administered to millions around the globe, the report illustrates how decades of investment, policies, and partnerships enabled the speed of vaccines to begin being rollouts. However, the systems that allowed for the unprecedented development and deployment of the COVID-19 vaccine exist primarily in wealthy countries, and as a result, has not benefited all countries equally.
“The lack of equitable access to COVID-19 vaccines is a public health tragedy,” said Bill Gates. He added that the world will face very real risks in the future if wealthy countries and communities begin to treat the pandemic as another disease of poverty. “We can’t put the pandemic behind us until everyone, regardless of where they live, has access to vaccines.”
More than 80% of all COVID-19 vaccines have been administered in high- and upper-middle-income countries to date, with some securing two to three times the number needed so they can cover boosters. In low-income countries however, that number drops to less than 1%. Africa, although is home to 17% of the world’s population, has less than 1% of the world’s vaccine manufacturing capabilities.
“We must invest in local partners to strengthen the capacity of researchers and manufacturers in lower income countries to create the vaccines and medicines they need,” said Gates Foundation CEO Mark Suzman. “The only way we will solve our greatest health challenges is by drawing on the innovation and talent of people all over the world.”