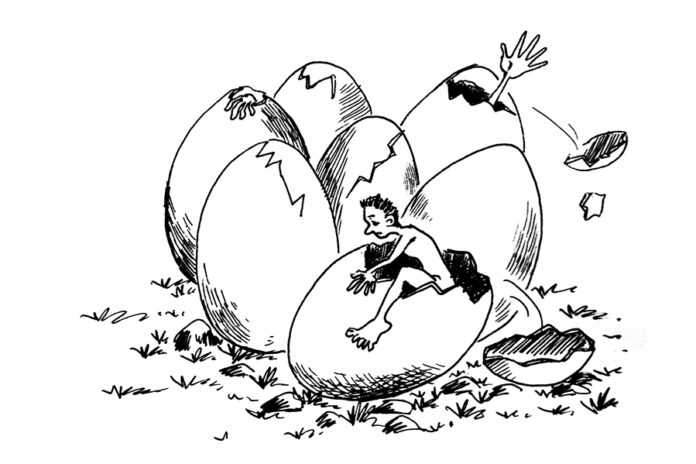 The wholesome sustenance of the reigning global system was and still is predicated on the assumption; given time, all of us will be better off, economically, socially, culturally, etc. Nonetheless, this critically unexamined assumption of the world system, which has been facing turbulent headwinds for decades, if not centuries, is now thoroughly unhinged from anything that looks sane and rational. The global economic regime that anchors all the rest of the other societal superstructures has also been in a flux for quite a while now. But since the 2007 crisis, its underlying problems have become intractable and almost unmanageable!
For a start, global social existence has become more and more confrontational. And unlike the narrative of the status quo, the ascendance of repetitive violent episodes are not only due to emerging non-state actors, but are also results of the state actors themselves! The larger natural world, in which all lives thrive, is threatened with aggressive destruction, thanks to the system’s excessive greediness & shortsightedness! In other words, the established narratives of the world system, which have been the ideological pillars of the system, in one form or another, are clearly losing their credibility. Moreover, the suffocating shallowness of established discourses have rendered even mild reforms unacceptable. As a result the world now threads on the throes of violent revolutions of all kinds. At the same time, those who have been at the forefront of the whole debacle continue to hold sway over the lives of all humanity.
Naturally, such an arrangement cannot be expected to hold for long. But nothing doing! The filthy rich and supremely stupid are still at it trying to sustain the unsustainable. Even their hired goons/brains will not be able to come up with convincing gimmicks to continuously contain the anger that is on the verge of gushing out all over the world. Before long, we believe the sickening reality imposed on the sheeple by the parasitic clowns (.01% of the global population) of the system will face the music!
Hired brains (Ivy league clown types) in the service of entrenched interests, who knew all along the system’s obvious weaknesses, but were not bold/confident enough to allow logical/rational critics/reflections to emerge, are now so scared of the emerging concrete reality on the ground, they can hardly muster the intellectual strength to utter any sensible comment/remark in regards to the prevailing chaotic situation. Be that as it may, the collapse of the whole unsustainable edifice cannot be postponed any further! The various institutions (IMF, WB, WTO, NATO, UN, universities, etc. of the status quo) made sure that all critics are systemically muzzled and ridiculed so that the gullible & hardly thinking beast can still be moored to its traditional but unfulfilling grazing fields (entertainments, sports, etc.) Currently, the sheeple rightly resents its pauperization & complete marginalization, though it lacks the intellectual/mental wherewithal to deconstruct the reality, sanctioned by the prevailing global narratives! This is where the need for ‘organic and committed intellectuals’ comes in, alluding to Gramsci’s phrase!
Hired goons include those who are willing to eliminate any sensible soul from the face of the earth, not on basis of humane and higher principles, but for crumbs thrown at them by the parasitic butchers of the system. Without a doubt, these charlatans of the ‘deep states’ are the most dangerous unthinking lackeys of the global order. For us, the deadly operational and structural nexus of the Military-Intelligence-Industrial-Banking-Media complex characterizes the prevailing ‘deep state’ of the prevailing undemocratic world! Don’t forget; it is because of deepening structural crisis of the modern world system, humanity is witnessing the proliferation of deep states across the world. Prescribed by the super elites of the global population, which only number the miniscule 700,000 individuals (less than .01%) the core states of the system have now acquired a fully Frankenstein form! Thanks to their operators (goons/brains), ‘deep states’ have superciliously eschewed almost all democratic dispensations, rhetoric aside!
By relying on the old and proven tactics of manipulation, indoctrination, surveillance, fear and persecutions & prosecutions, the goons of the ‘deep states’ are fomenting chaos all over the world! The beast across the world is being mobilized to support the political demagogues in their beastly and monstrous adventures. Inculcating hatred of all kinds (racial, religious, etc.) to support aggression all over is being employed systemically and efficiently. False flags have become so common that even the uninitiated have started to become sharp observers of such malicious events! Remember the downed Malaysian plane over Ukraine, or the weapon of mass destruction (chemical) allegedly used in Syria by the Syrian government against its own people? Etc. etc!
From the sheeple’s point of view, what must be attempted is the wholesale rejection of establishment dogmas.