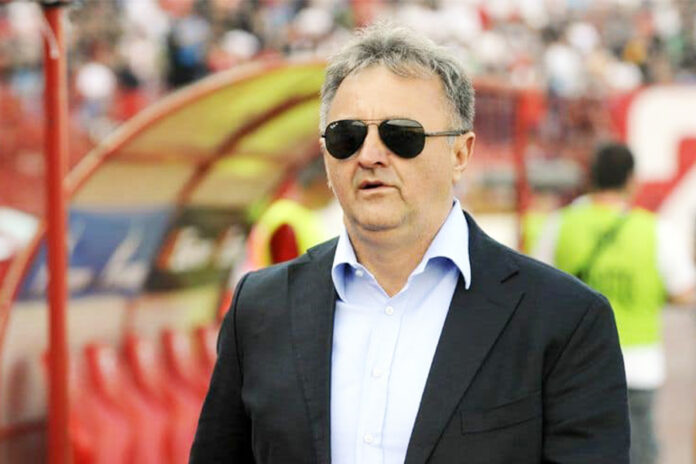 The newly appointed Serbian head coach undoubtedly had a tough task on his hands as soon as he walked through the door at St George. Despite the evacuation of a number of senior players, he is told that his priority agenda is to steer back the club to the Premier League title as well book a place in African Champions League at the end of his very first season. “I don’t think St George could be one of the strong title contenders this season,” a club official who wants anonymity told Capital Sport.
Although the 64 year-old Zlatko Krampotic has been in the coaching business for the last three decades out of which the last seven being in Africa including a one year stay with DRC’s popular side TP Mazembe as assistant, the former Red Star Belgrade defender has no record of leading his club to any kind of trophy. This means he is yet to taste at St George, the most popular club in Ethiopia currently in desperation to claim back the league crown after frustrating four seasons.
It took more than a month for the 64 year-old Zlatko Krampotic to reach Addis Ababa in which time the transfer market was already getting mad with the big name players already leaving St George to join their rivals.
The evacuation of senior players in such big numbers is unprecedented in the champions’ recent time history. Both the team skippers Aschalew Tamene and Mentesenot Adane, strikers Salhadin Said and Getaneh Kebede, goal keeper Lealem Berhanu and rising playmaker Abel Endale all left the club while second fiddlers the likes of Gatoch Panom, Chernet Gugsa, Bereket Wolde and Desta Demu are the new comers.
According to a former Coach, the current development in the club is so unusual therefore St George is unlikely to become a serious title contender. “The regional clubs became more competent financially therefore St George is no longer in a position to call the shot,” added the former Coach.