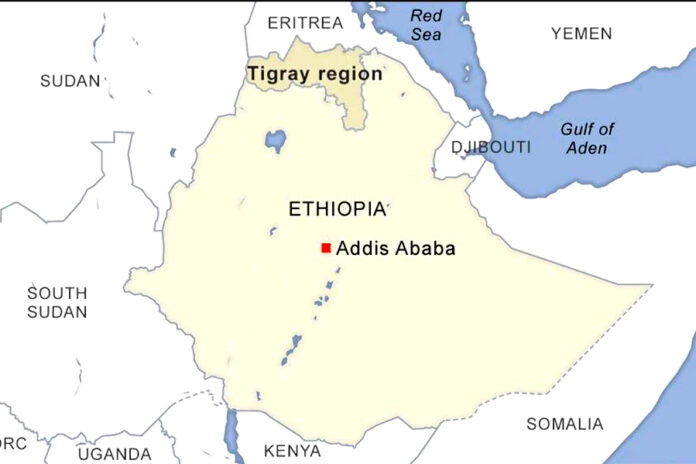 In a letter issued on 30 September 2021, the Ministry of Foreign Affairs of Ethiopia has declared a “persona non grata” for seven individuals who are working for UN humanitarian agencies in Ethiopia. As the letter explains, the decision was made as result of the individuals meddling in the internal affairs of the country.
The letter addressed each of the 7 individuals to leave the country with in the 72 hours which started from the late afternoon of Thursday September 30.
The 7 individuals listed on the letter includes five members of the UN humanitarian affairs office, OCHA, including senior leaders, were being ordered out of the country, as well as the UN Children’s Fund UNICEF Representative, and a team leader from the UN human rights office, OHCHR, Adele Khodr, UNICEF Representative in Ethiopia, Sonny Onyegbula, Monitoring, Reporting and Advocacy Team Leader : United Nations Office of High Commissioner for Human Rights, Kwesi Sansculotte, Peace and Development Advisor: UNOCHA, Saeed Mohamoud Hersi: Deputy Head of Office: Office for Coordination of Humanitarian Affairs in Ethiopia, Grant Leaity, Deputy Humanitarian Coordinator: Office for Coordination of Humanitarian Affairs in Ethiopia, Ghada Eltahir Mudawi: Acting Deputy Humanitarian Coordinator: Office for Coordination of Humanitarian Affairs in Ethiopia, Marcy Vigoda, Head of office: Office for Coordination of Humanitarian Affairs in Ethiopia.
A statement by the Ministry of Foreign Affairs about its decision on UN staffers released on Friday evening reads “In connection to the current situation in the Northern part of Ethiopia, we had sadly observed that some UN staff have failed to fulfill their mission independently and impartially in accordance with the abovementioned MoU and the relevant principles of the UN. These serious violations have been brought to the attention of the relevant UN high officials and other international partners on multiple occasions, but to no avail. Despite these communications of concern, the grave violations persisted. As such, as a measure of last resort, the Government of Ethiopia had to ask some officials of UN agencies to leave the country.”
The statement further reads “therefore, in order to avoid confusion regarding the measure taken by the Government, we wish to highlight some of the following breaches: which these individuals have committed in violation of their professional code of conduct: diversion of humanitarian assistance to the TPLF; violating agreed-upon security arrangements; transferring communication equipment to be used by the TPLF; continued reticence in demanding the return of more than 400 trucks commandeered by the TPLF for military mobilization and for the transportation of its forces since July 2021; and dissemination of misinformation and politicization of humanitarian assistance. Ethiopia is deeply disappointed by the fact that some countries are urging the United Nations Security Council to consider this matter. This is a blatant violation of Ethiopia’s sovereign prerogative on matters of national security. We are confident the Security Council will reject this undue politicization of humanitarian assistance.”
After the decision, United Nations general secretary Antonio Guterres in a statement said “I was shocked by the decision of the government of Ethiopia which has declared seven UN officials, including senior UN humanitarian officials, as persona non grata.”
“All UN humanitarian operations are guided by the core principles of humanity, impartiality, neutrality, and independence. In Ethiopia, the UN is delivering lifesaving aid including food, medicine, water, and sanitation supplies to people in desperate need. I have full confidence in the UN staffs that are in Ethiopia doing this work,” said the secretary.
“We strongly condemn Ethiopia’s decision to expel seven UN officials whose work is critical to humanitarian relief, the United states calls for this decision to be reversed and will not hesitate to respond decisively,” tweeted United States State Secretary, Antony Blinken.