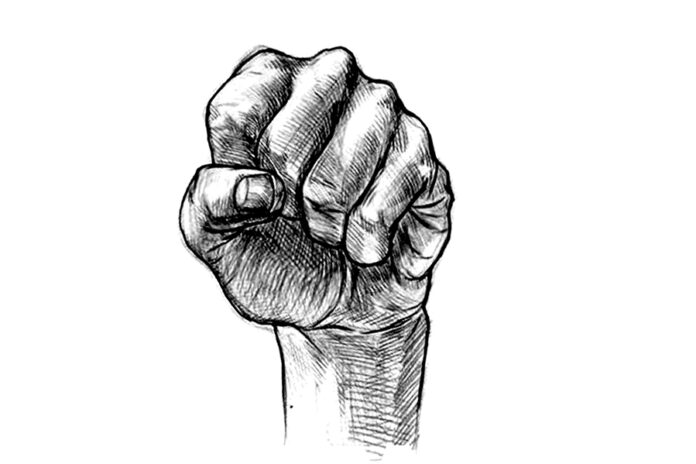 The aristocracy of old, besides being well endowed materially, was also widely recognizable. In medieval societies, the aristocracy along with the ruling sovereigns constituted the dominant or the ruling class. It ruled, not only over politics & economics, but also over cultural life. Its culture was considered ‘high’ as opposed to that of the human mass. Most importantly, the old aristocracy, as a rule, was not actively engaged in innovative commercial activities, i.e., entrepreneurship. In fact, detachment from all kinds of work, physical or otherwise, was the very defining characteristic of this class. The collection of rent was its most taxing peacetime occupation. Parasitic existence was the main prerogative of the old feudal aristocracy prior to capitalist social formation!
A couple of centuries after the triumph of industrial capitalism and liberal democracy, the world is again faced with a newly established global aristocracy. Currently, this new class seems to be in charge of global affairs, the usual farcical democracy of nation states and the empty rhetoric of paid global media (state/private) notwithstanding. What are the features of this pernicious aristocracy? For a start and by and large, the new aristocracy operates clandestinely. Secondly, it disproportionately and influentially leverages entrenched capital, which is very much embodied in the industrial-military-banking-state complex, to impose its mostly parasitic agenda on the global beast. Predictably, this new aristocracy resides in the metropolis of advanced industrial countries. This new global aristocracy, which has been in ascendance long before the formal establishment of such institutions as the ‘Bilderbergers Club’ (established in 1954) is highly selective and does not necessarily include all the very wealthy or the powerful from all nations! For example, the Bilderbergers Group is composed of Atlanticists or individuals from North America and Western Europe who aspire to maintain the global hegemony of the North Atlantic states. As such, the Japanese, the Russians, the Chinese, etc., are conspicuously excluded from its gatherings. Most importantly, the main global projects of the new aristocracy are and will not be appetizing to the global beast! Though this global aristocracy is self-selected or self-selecting, it deliberates, influences and acts upon issues as if it were an entity elected by the global beast.
This western aristocracy, mostly from the most economically and politically powerful countries is very conservative, in the sense that it just wants to protect the status quo by hook or a crook, against all reasoning. Environmental destruction caused by the prevailing order, social polarization (inside/outside, due to unequal exchanges, etc.) leading to instabilities all over are not, for example, tackled from the point of view of finding meaningful solutions, but are systemically neglected or thwarted off completely. The ‘rule of thumb’ here is; keep the status quo intact, and only relent if situations become completely disruptive to the prevailing order. In a nutshell, the main objective of this new aristocracy is to vigorously maintain, (across the world) the upper hand of capital and its copious unencumbered reproduction, in spite of all indications to the unsustainability of its internal logic, which anchors the prevailing world system! All other considerations, humans or otherwise, are subsumed under this rallying imperative. Those individuals/entities inclined to interrogate the new aristocracy and its dogma are severely penalized!
Another feature of this entity is; whichever way you cut it, it just doesn’t like human mass! This class always concocts excuses to make sure human mass is kept in its place, so to speak. To this end, all sorts of indoctrinating and sublimely subjugating projects/institutions are employed to numb the munching beast. So far the strategy has been quite successful. When and if situations become volatile and pointed grievances targeting the reigning aristocracy threaten the status quo, the honchos of this class will resort to all sorts of measures that might not exclude chaos, wars, etc. Don’t forget the main objective of the ruling aristocracy is to sustain its lopsided benefits that have been accruing for at least the last five hundred years!
The ordinary public does not know many of the institutions that are created (by this global aristocracy) to hoodwink it, even though they might be operating in the open. Decisions taken by the global aristocracy ultimately find themselves operating within the various nation states, inserted via the apparatuses of the executive, legislative or even the judiciary. The ideas and resolutions agreed upon by the secretive aristocracy gradually and systemically obtain legitimacy (by imposition or adoption) within the multitude nation states or through the proliferating global international organizations. Besides the ‘Bilderberg Club’, there are other institutions, like the ‘Trilateral Commission’, the Council on Foreign Relations (US) etc. that are diligently serving the ruling aristocracy.