Awash Wine SC delivers close to 400 supplementary text books worth fifty thousand birr to Tiya secondary school located in the south region around the prehistoric area and UNESCO world heritage center of Tiya Stelae with the support and coordination of SMLH Ethiopia.
“As part of our corporate social responsibility Awash Wine has proudly handed over the support to the school,” said Girma Belay, Corporate Affairs Director of Awash Wine SC, adding, “Awash has been and will continue working with such kinds of community organizations to strengthen its support to the society.”
The event was attended by Ambassadors from Canada, Morocco, Australia, Greece, Poland, Norway, Portugal and EU ambassador to Ethiopia as well as head of the Sodo woreda education bureau, Aklilu Gembae, the school director and representatives from local community at the premises of the school. 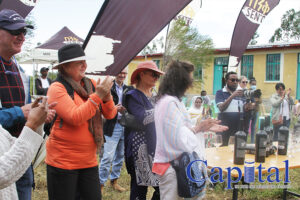 Beside, organizing the support SMLH Ethiopia has been supporting the school including financing the connection of the school with the public water system. The association of SMLH Ethiopia was formed in 2013 by the recipients of the French government’s award of the Legion of Honor and ‘Ordre National du Merite’ in recognition of eminent services rendered to their country and the strengthening of Franco-Ethiopian bilateral relations. SMLH-ONM Ethiopia brings together the decorated of these two French national orders living in Ethiopia, both French and Ethiopian nationals.
Since 2017 the section was joined by those honored with French ministerial awards, mainly academic awards in arts and literatures as well as agricultural merit, and maritime merit among others.
The school which was established 15 years ago starting at the kindergarten level with the support of French embassy and Turkish embassy, and later by JICA has now blossomed to a secondary school fully giving classes from 9th to 12 grade students.
“This visit to Tiya is intended to fulfill our duty of solidarity and mutual support which are values embodied in the Legion d’honneur,” said Teguest Yilma president of SMLH. 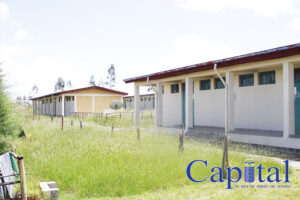