Ethiopia launches a nationwide polio vaccination campaign with the nOPV2 vaccine targeting over 17 million under-five children to help end the circulation of all forms of polio virus.
The campaign was officially launched on October 22, 2021 at Hawassa, Sidama region and will be conducted in all regions of the country on 22-25 October 2021. Vaccinators will move from house to house for this campaign, and will also use temporary fixed sites in camps for internally displaced people (IDP camps) and transit areas.
On their joint statement on Ending Polio, World Health Organization (WHO), UNICEF and ROTARY said, “As we commemorate World Polio Day and launch the nationwide campaign, we reaffirm our unwavering commitment to continue working with the Government of Ethiopia to ensure that every child everywhere is vaccinated to stop the circulation of vaccine-derived polio virus in Ethiopia.” 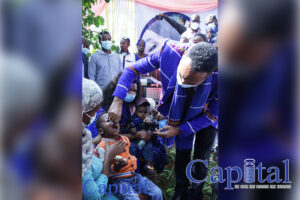 In 1988, the world committed to eradicate wild polio virus, and today, five out of six WHO regions are certified free of wild polio virus, with wild polio virus reported only from two endemic countries, Afghanistan and Pakistan. Two cases of wild polio virus type 1 were reported globally as of mid-October 2021 compared with 125 for the same period in 2020.
On 25 August 2020, the independent Africa Regional Certification Commission (ARCC) for Polio Eradication officially declared that the WHO African Region that constitutes 47 member states is free of wild poliovirus (WPV). Though 99.9 per cent of polio has been wiped out with the oral polio vaccine, in rare cases when not enough children are reached, other forms of the virus continue to circulate.
The Global Polio Eradication Initiative (GPEI) continues to play a critical role in fighting poliomyelitis worldwide. While the COVID-19 pandemic has put gains on polio eradication and other broader health goals at risk, lessons learnt from years of implementing the polio program will not only help sustain the significant progress made but also contribute to containing the COVID-19 pandemic, and strengthening health systems to withstand similar threats.
“The impressive progress in Ethiopia would not have been possible without the leadership of the Ethiopian Ministry of Health, the commitment of frontline workers and the generous support of polio partners such as the Bill and Melinda Gates Foundation, the US Centers for Disease Control and Prevention (CDC), USAID, CCRDA/CORE Group and other immunizations partners,” said the joint statement. 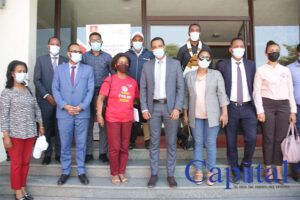 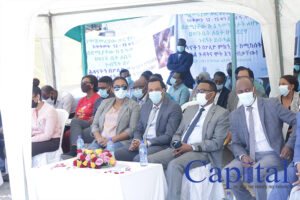 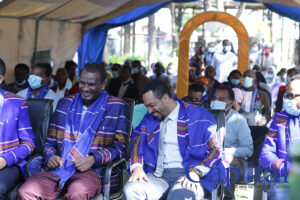 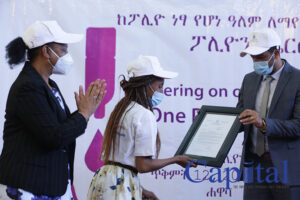