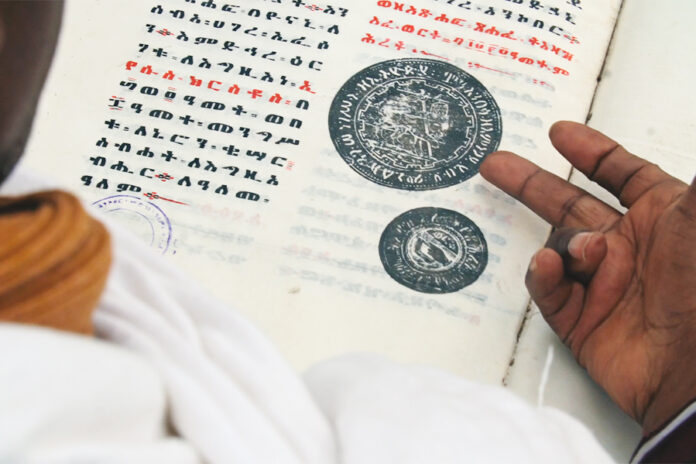 Al Jazeera English launches Africa Direct, a distinctive series of compelling and immersive short documentaries produced and directed by all-African filmmaking talent. The documentaries also features an Ethiopian film called The Bookmaker by Filmmaker Girum Berehanetsehay.
The films open an authentic window onto a range of ordinary and extraordinary African lives, to present nuanced and complex perspectives of this diverse and multifaceted continent. The stories give voice to African storytellers, who have so often been drowned out or overwhelmed by outsider mediation. The series comprises around 30 short documentaries, curated into half hour episodes. The first tranche of six half hours starts airing on Al Jazeera English from 30 November 2021 until 4 January 2022, featuring the first 14 short films from 11 countries. These slice-of-life stories each centre around a main character who articulates their own narrative, without reporters or other mediators. Simply put: Africa Direct is African stories, told by African storytellers about African lives – for audiences across the continent and around the world.
What’s on Offer? 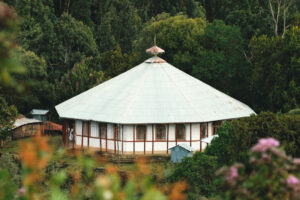 These character-led films are traditional and modern, poignant and flamboyant, with people who are surviving or thriving, poor or powerful. At the heart of each film is a story which makes us think, feel and connect.
Traditional knowledge is uncovered as we witness the ancient arts of parchment book-making in the Ethiopian mountains in The Bookmaker, directed by Girum Berehanetsehay.
In Yuhi Amuli’s film The Young Cyclist a young Rwandan Aliane Mugisha , a former hawker becomes a female bicycle taxi-driver and then a competitive cyclist; and in Amelia Umuhire’s Settling Dr Josephine Malonza a professor of architecture inspires her students to take a people-centred approach to the city’s ‘informal housing’ challenges; from Timbuktu a man restores ancient manuscripts in Beïrey-Hou: Desert Libraries by Andrey S. Diarra (Mali); tension between old and modern ways features in In The Aluminium Villageby Onésiphore M. Adonai (Benin) where we meet an engaging young man who must straddle the old ways of his village and his youthful aspirations.
The lives and vocations of African women are explored in On the White Nile by filmmaker Akuol de Mabior, where we are transported into the world of a spirited South Sudanese fisherwoman and boat captain, and in Joan Kabugu’s Throttle Queens (Kenya), we meet a women’s motorcycling club and witness how their love of riding brings them exhilaration, freedom, adventure and a sense of control over their lives.
Celebrating Africa’s flair for creativity and the unusual, we meet a dancing deputy mayor who officiates at wedding ceremonies in Happiness, a joyful film by Valaire Fossi (Cameroon); while in The Cave, directed by El Kheyer Zidani (Algeria), a puppeteer and artist prepares a new show in a remote town, where he and his father share the joys of theatre, music and storytelling; in Colours Are Alive Here by Seydou Mukali (Kenya), a rising star and fashion designer in Kibera, Nairobi’s large urban slum, invites you in to his bustling life as he surrounds himself with creativity, design and artists. 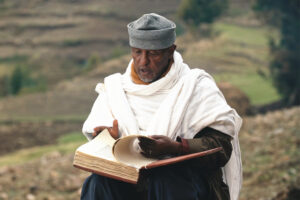 In bold attempts to make a difference we meet a man who has nurtured baobab trees from tiny seeds to an expansive forest for the past 47 years, providing a lifeline and legacy for his village, in The Man who Plants Baobabs (Burkina Faso) by Michel K Zongo.
Filmmaker Oumar Ba’s Kalanda: A Wrestler’s Dream (Senegal) tells the story of a young man determined to make it to the main wrestling arena; and in Diggers and Merchants, by Nelson Makengo (DRC) we meet a manual digger who has worked the copper quarries around his village for years – all he and his peers want is a fair chance to make a living and be respected.
“Documentary storytelling is a hugely influential medium in terms of perceptions of places, people and their power,” says Ingrid Falck, Manager of Documentaries at Al Jazeera English, who conceived and commissioned the series. “We have long championed the idea that those who know their stories best should own them in the media, claim their storytelling space. We have huge audiences across the continent and show a lot of great Africa-centred content – but the western gaze still casts a long shadow over Africa in a lot of other international media. Africa Direct is a celebration – of African documentary talent and of local stories. I’m deeply grateful to the superb pan-African teams and filmmakers who’ve delivered these stunning, immersive and thought-provoking short documentaries, for our global viewers.”
Al Jazeera partnered with Big World Cinema for this project: it is entirely based within Africa. The team includes Executive Producer Steven Markovitz (SA), Series Producers Angele Diabang (Senegal) and Brian Tilly (SA).
“We received over 300 proposals from 31 countries,” says Executive Producer Steven Markovitz of Big World Cinema. “It was an extraordinary experience reading and assessing the wide range of stories from across the continent.”