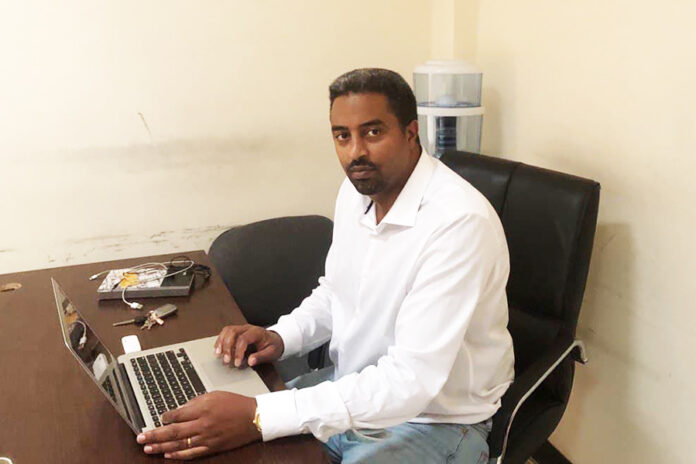 By definition, climate change refers to long-term shifts in temperatures and weather patterns. These shifts may be natural, such as through variations in the solar cycle. But since the 1800s, human activities have been the main driver of climate change, primarily due to burning fossil fuels like coal, oil and gas. Burning fossil fuels generates greenhouse gas emissions that act like a blanket wrapped around the Earth, trapping the sun’s heat and raising temperatures.
Examples of greenhouse gas emissions that are causing climate change include carbon dioxide and methane. In order to combat the effect s of climate change various actions and action plans have been taken to curb the issue across the globe.
Founded in October, 2005, to tackle climate change, the C40 Cities Climate Leadership Group was formed as a group of 97 cities around the world that represents one twelfth of the world’s population and one quarter of the global economy. Created and led by cities, C40 is focused on fighting climate change and driving urban action that reduces greenhouse gas emissions and climate risks, while increasing the health, wellbeing and economic opportunities of urban citizens.
Here in Ethiopia, the C40 group has been working in partnership with Addis Ababa Environmental Protection and Green Development Commission (EPGDC) by developing a Climate Action Plan to address the challenges and achieve a climate-resilient, green economy. Tibebu Assefa, who is a climate change resilience and mitigation expert, has been working with C40 as an Addis Ababa City Adviser and quite recently as a Technical Advisor – Air Quality, East Africa for the global group. Capital caught up with Tibebu for a candid insight on how the capital city is tackling climate change. Excerpts;

Capital: What is the purpose of the Climate Action Plan?
Tibebu Assefa: It is imperative to look into both developmental and environmental issues that impact the lives of urban residents and take bold actions in building a clean, safe, inclusive, and resilient city. Addis Ababa is a fast-developing, cultural, and innovative Ethiopian and African hub. Like many other cities around the world, climate change faces a great threat to its growing population and economy. Flooding, extreme precipitation, increased temperatures, and droughts will soon become frequent events. The city has created a Climate Action Plan to address the challenges and achieve a climate-resilient, green economy.

Capital: What kinds of efforts are required to protect the city from the effects of climate change?
Tibebu Assefa: The Climate Action Plan is necessary to take steps in addressing the climate change challenges of the city. It will also support the national and global aim to create a carbon-neutral and resilient world. The CAP is prepared by Addis Ababa EPGDC in collaboration with the C40 cities climate leadership group. In addition, the plan preparation includes stakeholders from city and national level government and non-government institutions. The CAP has 34 key climate actions (14 mitigation and 20 adaptations) that have been designed with the primary goal of adapting to and mitigating the worst effects of climate change on the city. The goal is to reduce GHG emissions and to create a resilient city in the changing climate. Some of the major actions included in the plan are: Increasing green spaces, addressing water scarcity and flooding, reducing emissions, and implementing renewable energy solutions. The plan aims to reduce emissions and vulnerability by 41% and 30% by 2030 respectively from the baseline.
Transport sector greenhouse gas emissions are the main polluters in the city. For this, promoting non-motorized transport is one of the mitigation actions. Addis Ababa transport bureau is making efforts to reduce GHG emissions from the transport activities in the city. The Bureau is promoting walking and cycling, and the use of mass transport systems through bus dedicated lanes to promote mass transit. Another big contributor to the city’s greenhouse gas emissions is the waste sector. Traditional waste management allows for harmful methane to be released into the atmosphere. The implementation of the CAP will greatly benefit the waste sector. It will improve the waste management system and will also reduce greenhouse gas emissions. The AAEPGDC within its energy team is promoting improved cook stoves and renewable energy such as solar panels. Some of the activities include developing cook stove standards, capacity building for cook stove manufacture, etc.
Moreover, the city is expanding its green area coverage by planting 9 million trees seedlings through earmarking 1 billion Ethiopian Birr which is being allocated for tree planting initiatives. This will help increase green spaces in the city from 0.9 meters squared per capita to 5 meters squared in a 10-year perspective plan. These initiatives also help reduce greenhouse gas emissions. Trees absorb carbon dioxide which increases the quality of air as well as offering a place for social and community gatherings.
The climate action plan ensures work will be done to increase the city’s adaptive capacity of people to climate hazards such as flooding, water scarcity, landslides, and fires. Addis Ababa’s fast urbanization spatially, demographically, and economically means that the impact of climate change will be higher, especially on vulnerable communities such as informal settlements. 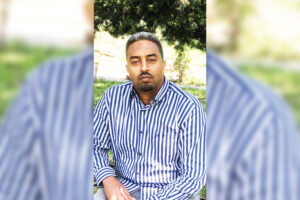 Capital: What should be done to protect the city from climate change? What are the recommendations of the action plan?
Tibebu Assefa: Upon the implementation of the CAP, it will increase the city’s adaptive capacity in managing climate hazards like flooding, water scarcity, landslide, fire, and other effects of climate change. It is important for individuals, communities, and organizations to all play their part, along with the city and private sector. An individual can contribute by examining their decisions when it comes to daily aspects such as energy usage and proper disposal of waste.
Institutions and companies should make greater efforts to reduce their carbon footprint and invest in a green economy. These efforts will help transform Addis Ababa into the new flower that its name refers to; a greener, livable city for its inhabitants support the Addis Ababa City Administration and C40 Cities in identifying climate risk and prioritizing adaptation actions for current and future climate protection.

Capital: What were the processes that led to the development of the plan? Who were the participants involved in the CAP?
Tibebu Assefa: The Addis Ababa CAP has been developed as part of the Climate Action Planning Africa programme, which was initiated in 2017 by C40 Cities Climate Leadership Group. As part of that programme, Addis Ababa signed up to C40’s ‘Deadline 2020’, pledging to reduce GHG emissions to net zero by 2050. This CAP responds to the specific requirements of the C40 Climate Action Planning Africa programme.
The CCRA was conducted via desk-based review of relevant documents pertaining to climate change, climate resilience and overarching development goals of Addis Ababa and Ethiopia. Climate risks were studied, identified and discussed, and key adaptation actions were identified, prioritized and defined in their regard. A series of two workshops was held with a range of key stakeholders from the City and C40. Stakeholders were identified with the help of the C40 City Advisor and engaged from project inception to ensure that the risk assessment conducted, and adaptation actions identified are salient, credible and legitimate.
The action presented existing plans and strategies which is called the Strategic CAP Appraisal; development of an emissions inventory and review of climate hazards; analysis of future emission trends and climate risks; and a series of discussions and workshops with key stakeholders. These were used to identify and priorities suitable responses to the challenges of reducing emissions and managing climate risks.

Capital: What are the environmental challenges of the city?
Tibebu Assefa: Addis Ababa is located within the Awash River basin, fed by three rivers and their tributaries (Akaki Major, Akaki Minor and Kebena). Around 20% of Addis Ababa is located within former floodplains making it vulnerable to flooding. Air quality is already a challenge due to industrial and construction activity, car ownership and uncontrolled waste burning. Water quality and availability is also a challenge due to high consumption rates, depleted groundwater supplies and pollution due to low levels of waste management
Capital: How big will the problem be in the future?
Tibebu Assefa: As climate change continues over the 21st century, it is projected that there is a high probability most climate hazards and their primary climate impacts will worsen and have high (severe) consequences on key sectors.

Capital: How big is the problem now?
Tibebu Assefa: Current major climate hazards and primary climate impacts of climate change are already an issue and will continue to present significant risks and challenges for Addis Ababa and its future development. Ongoing climate change and associated weather events mean that Addis Ababa is experiencing a range of climate hazards and resultant primary climate impacts, including: Extreme precipitation, rainstorms and variability of the rainy season; Extreme temperature, including heat waves and extreme hot days and night; Water scarcity, including drought and subsidence; Flooding, including flash (surface) flooding and river flooding, and landslides.

Capital: What is the purpose of Addis Ababa Climate Action Plan?
Tibebu Assefa: The CAP is intended to provide an overarching narrative that not only explains what actions are proposed for Addis Ababa, but also states, in a transparent way, what the process was for developing each action, and what the arrangements will be for ensuring that they are implemented effectively.
To make the city carbon neutral and resilient to climate change, and set out a ‘green path’ that safeguards resources for future generations. The CAP identifies key emission sources by sector within the city under the “basic level” of reporting of the Global Protocol for Community-scale Greenhouse Gas Emission Inventories Standard, in order to a set of recommendations and pathways towards an equitable, inclusive, climate resilient and carbon neutral Addis by 2050.
The document identifies city-specific actions in relation to both climate change adaptation and mitigation, that aim to transform the ways in which people in Addis Ababa travel, work and go about their lives; Sets targets on how to achieve transformational change in the city by the years 2030, 2040 and 2050; Documents the potential emissions reductions that could be achieved by implementing these actions; Provides strategic guidance to the Addis Ababa City Administration (AACA), as well as other relevant institutions and departments, on priority interventions; and explains the wider co-benefits for human society and the natural environment that are associated with climate change.

RUNNING FOR A CAUSE