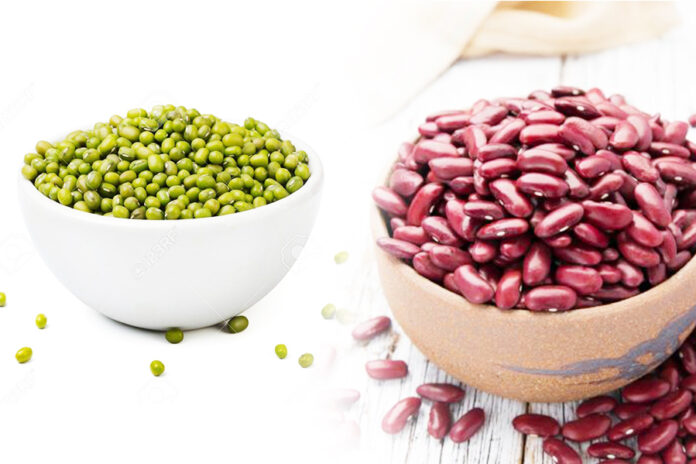 The price of green mung beans and red kidney beans double in comparison to rates from a year ago.
The Ethiopian Commodity Exchange (ECX) disclosed that in the first four months of the budget year, which is a period for agricultural activity, it has facilitated a trading for 51, 640 metric tons of agricultural products that are valued at 4.4 billion birr.
The trading platform that is undergoing massive changes in its operation traded 17,690 metric tons of coffee beans which sat at the top of the trading platform followed by 15,445 metric tons of sesame seeds, and different volume of soybean, white pea beans, green mung beans, speckled beans, red kidney beans and pigeon beans.
It is known that this first four months of the budget year does not fall under the harvest season due to that most of the commodities coming at the trading floor are a product of the past season.
As its first four months performance, the volume and value of green mung beans and red kidney beans surged compared with the preceding year.
In relation to the demand and price hike of green mung beans at the global market, the bean’s price has spiked vertically in the past period and similar growth has also been registered in this stated period.
For instance the price of green mung beans in July, which is the first month of the budget year, was 7, 235 birr per quintal on average which stood at 7, 841 birr per quintal at the end of October.
“The price has doubled compared with the same period of last year,” ECX said on its performance report sent to Capital, and said that it is expected to have a rise along with similar quality products in the coming months of the budget year.
Similarly, the price of red kidney beans has doubled in the first four months compared with the same period of last year. The volume of the beans, which is one of the export commodities like green mung beans, traded at ECX has also shown an increment of 50 percent compared with the 2020/21 first four months.
“The law enforcement’s tackle of contraband and successful awareness creation campaign are the major reasons for this success besides price increment at the trading floor,” ECX said.
In the stated period, the trading of four spices and vetch has been introduced and ECX is keen to add more commodities on its electronic trading platform that started operation in 2008.