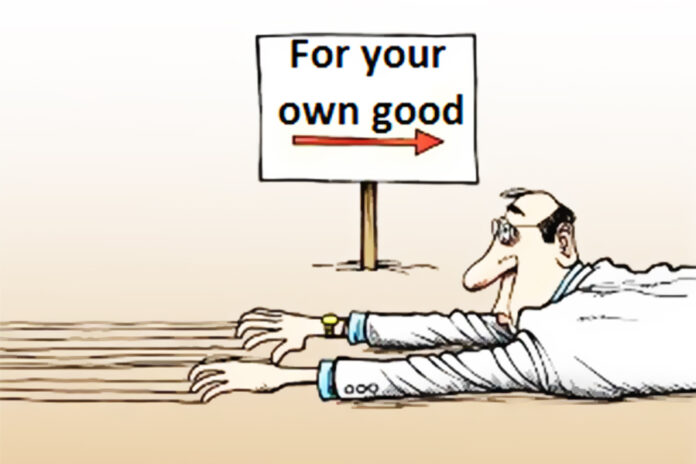 There is a myriad of perceptible activities in our global operating systems that are determinedly employed to undermine the sovereignty of the individual human being. This process of discounting individual sovereignty starts from early childhood, from the early rearing institutions of school and family. Thereafter, the globally sanctioned institutions of ‘higher learning’ take over the business of indoctrination and brainwashing. These institutions are very influential in preparing the average drone into becoming a passive ‘cog in the wheel’; the modern cannon fodders not excluded. The current protracted process of undermining individuality also leverages, amongst other things, the institutions of mass entertainment. By this, we mean spectator sports, non-documentary films/movies, fake news, etc. Nevertheless, there are now incipient movements that are willing to challenge the intensifying zombification of the masses!
One such movement started about fifty years ago in the United States. It is called ‘Sovereign Citizens’. The organization is now labeled a ‘domestic terrorist’ by the CIA/FBI; nothing new here! But there are certain things in the doctrine of ‘Sovereign Citizens’ that have started to appeal to the average Joe Doe, not only in the US. Incidentally, a disproportionate number of followers of ‘Sovereign Citizens’ were or still are African Americans; again nothing new here. Amongst their fundamental principles we can mention the act of renouncing phony money, i.e., money not backed by any real stuff.
It suffices to mention the major consequence or crime of phony money. Its mortal sin is; the continual and significant dilution of earned money obtained by the sweat, blood and tears of the global working stiff! When criminal thugs in suits can print billions or even trillions to undermine/dilute the legitimately acquired income/wealth of the sheeple, there is bound to be a movement (sooner or later) that will be determined to stop this blatant larceny. As we have been stating all along, such extreme extortion started in 1971, when global currencies became unhinged from gold and became mere ‘fiat’. Since then, those who work to earn their keeps were systemically disfranchised while the parasitic manipulators/connected (Corp, banks, etc.) were rewarded for their destruction of nature and social harmony!
The other thing of the ‘Sovereign Citizens’ that appeals to many people in the world is the concern about the erosion of ‘freedom’, whatever that means. We admit; absolute freedom is an abstraction that doesn’t really hold any water, particularly when examined from the perspective of traditional philosophy. After all, can we really be free of oxygen or water, or certain social constructs? Be that as it may, relative ‘freedom’ still makes sense at the level of operational existence within the human collectives. For instance, freedom of speech must prevail if society wants to stop, amongst other things, the fledging modern criminality of grand political corruption. Truth and facts cannot expose the multitudes of crimes when there is no freedom of speech. Freedom of movement is also an inalienable right of humans, hence should not be unnecessarily curtailed in one form or another. Freedom to assemble is another of the pillars of human civilization. Yet, all these ‘freedoms’ are being eroded by the power that be!
Various researches have pointed out that it is mostly the psychopaths of this world that always crave for control, domination, entitlement, etc., to satisfy their insatiable greed! These individuals lack empathy and have no remorse. They also lack sincerity, hence, continuously lie about all and sundry (to fulfill their selfish objectives). Unfortunately, it is these kinds of humans that dominate politics and other hierarchical organizations, like Corporations (Banks, etc.) Their obsession to control everything under the sky is now leading them into a world of the unreal! The perennial concoction of various scenarios that are based on lies is astounding. The propaganda machine of these elites is working overtime and is in fact challenging the rational basis of collective existence, for example, like the scientific methods. Like the sheep we really are, we have given direct/indirect consent to be goaded (by these few psychopaths) to our demise!
What does this portend? From the point of view of the psychopathic politicos and their masters, it seems the future is to be created along the lines of the old feudalism, albeit with a high tech twist. What does this mean? It means a thoroughly zombified population that blindly obeys whatever is uttered by the manipulative modern elites/states. Don’t forget; the state is, for all practical purposes, the fiefdom of the parasitic elites. To add insult to injury, technology is becoming more and more part of the problem and hardly part of the solution. Another tech assisted control mechanism that is in the offing is, digital currency. Obviously, it is intended to directly control the resources and financial behavior of the sheeple, there goes another loss of individual sovereignty. Because of these and other reasons, movements like ‘Sovereign Citizens’ or a more nuanced ones, are bound to become more popular, going forward!