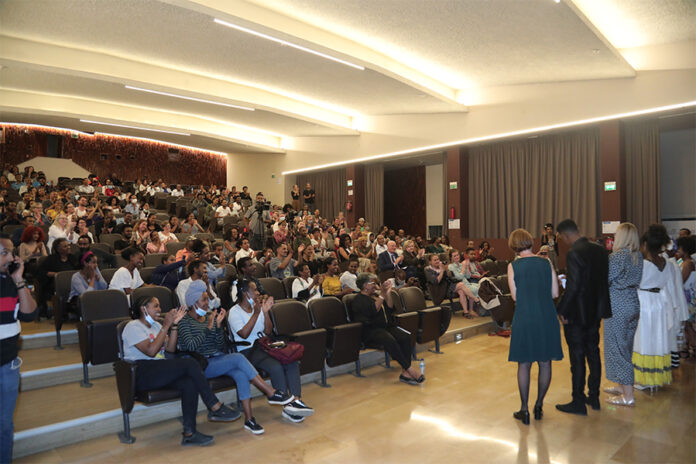 Hosted by Initiative Africa the 16th Addis International Film Festival will come to an end today May 29 at the Italian Cultural Institute. The opening ceremony was also held on May 25th at the Italian Cultural Institute. The 2022 Festival, the Opening Night Film was the World Premiere of “Among Us Women” directed by Sara Noa Bozenhardt. For the grand finale of five exciting days of screenings, the Closing Night Headliner will be “The Ins and Outs” directed by Yoannes Feleke.
The AIFF is an annual regional festival of films from around the world. Founded in 2007 by Kebour Ghenna, the festival initially screened ten films over 6 days at the then Addis Ababa Exhibition Center. The festival took place in various venues, but the regular venues remained Alliance Ethio Française, Hager Fiker Theater and Italian Cultural Institute. This year these same three venues are retained.
Throughout its history, a myriad of celebrities – actors, producers, screenwriters, and directors – have been guests at the AIFF. This year the Festival hosts Daniel Kotter, Sara Noa Bozenhardt and Nefise Ozkal Lorentzen from Germen and Norway.