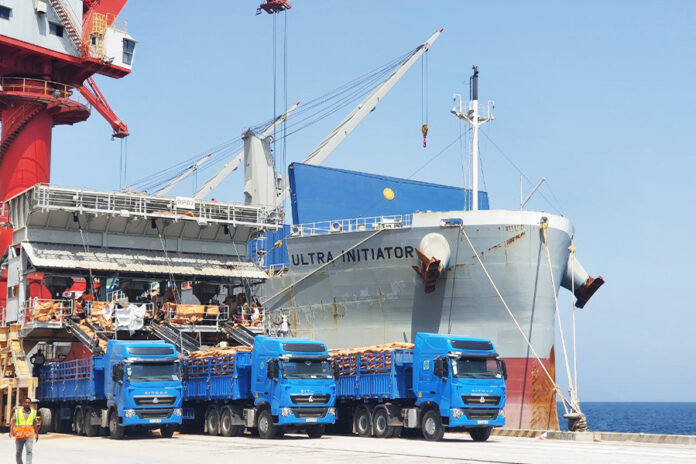 The Ministry of Agriculture (MoA) has set the ball rolling this season with an early floatation of international tenders to procure fertilizer unlike previous regular timeframe trends as it gears to import its highest volume ever.
It’s a common occurrence to see the country issue tenders in the months of September and October for fertilizer procurement. However, unlike the past, MoA has now already issued a tender to procure different type of fertilizers for the upcoming agricultural season.
Mengistu Tesfa, Agricultural Input Supply Lead Executive at MoA, said that the volume this time around will vary since the government is working to import up to two million tons of different type of fertilizers.
“We are working to import high volumes of input since there are different agricultural development initiatives in the country,” he told Capital.
He added that particularly this year, the biding processes commenced early to manage the vast operation on time.
In the past, the procurement period of the country faced several challenges including sudden price hikes from the product in the global market.
Recently, Yinager Dessie, Governor of the National Bank of Ethiopia, told Capital that the country was forced to allocate huge sums of hard currency to import the input unlike the expectation. “In the past, our expenditure was not more than USD 500 million for fertilizer import but that narrative has changed as we have now consumed USD 1.2 billion during the past budget year,” the Governor explained.
In the year, the government made available 1.5 million metric tons of different type of fertilizer for this agricultural season, while of that about 1.3 million metric tons was procured in the 2021/22 procurement season.
From the total available 1.5 million metric tons of fertilizer for the current season the distributed amount was 1.3 million and the remaining 0.2 million metric tons or two million quintal was a surplus that was transferred to the coming dry farming season and or for the major farming season that mostly commences in June.
As per the information that Capital obtained from relevant bodies like the logistics enterprise and the government, the past season’s import has shown reduction when compared with the preceding two years, meanwhile the cost was incomparably higher.
In the preceding two years, Ethiopia had procured 1.45 and 1.74 million metric tons of fertilizer for 2019/20 and 2020/21 agriculture seasons respectively.
Mengistu said that in this coming procurement operation the government has set a target to buy up to 2 million metric tons since the agricultural activity that are held on and off the farming season are growing and as a result it is expected to push the demand for fertilizer.
“This time around we have changed our course by taking the procurement process, that is, the tender floating period, earlier than expected,” he added.
Ethiopian Agricultural Business Corporation, a public enterprise that was recently included in the Ethiopian Investment Holding, is usually the responsible body for carrying out the procurement of the product.
For the last three years, the Ethiopian Shipping and Logistics Services Enterprise, the state owned logistics enterprise and vessels operator, has been hired by the government to handle the fertilizer import which is mainly transported from Morocco and ports of the Black Sea.