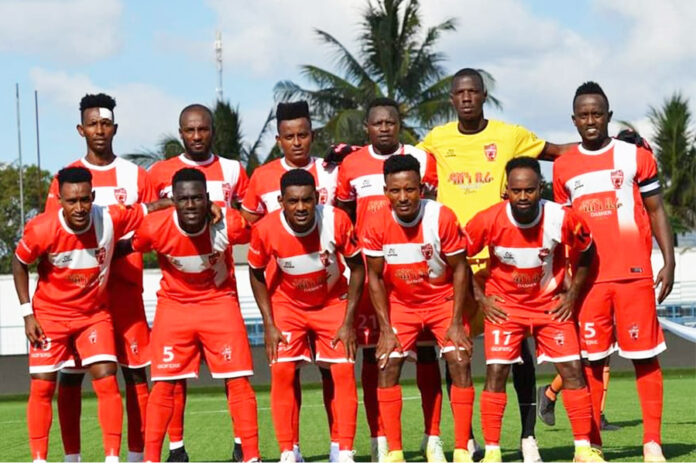 Ethiopian Premier League runner-up Fasil Ketema FC sailed through the next preliminary round stage of the 2022-23 TotalEnergies CAF Confederation Cup while Kidus Giorgis FC, have failed to qualify for the Group stage of the African Champions League after losing to Al-Hilal Omdurman of Sudan.
Having won the first leg home match in an astonishing 3-0 score line, Fasil lost 1-0 in the away return leg thus made it into the second qualification match with 3-1 aggregate result.
With the Premier League season to kick-off next weekend, newly appointed Fasil Head Coach Hailu Negash appeared to be comfortable with his squad that brings together senior players with the newcomers. A Gambian custodian Gaira Juff between the woodwork, Aschalew Tamene leading the defense, Surafel Dagnachew orchestrating the mid field and new comer Tafesse Tesfaye already producing goals, Fasil Ketema is much expected to progress to the group stage at the Confederation Cup.
Despite the fact that the score is 2-2, the Sudanese side qualifies for the Groups Stages on the “away goal advantage.” Giorgis that won 2-1 at home a week ago lost 1-0 in Khartoum thus Hilal progressed to the next stage in away goal advantage. Following the heart breaking result, Ethiopian record champions Kidus Giorgis’ dream of returning to Champions’ League group stage failed to come true.
Many of the club’s supporters started questioning whether the country’s biggest and most popular side could stay strong despite the financial constraint the club faced since Board Chairman Abnet G/Meskel left the club’s main financer Midroc Ethiopia.