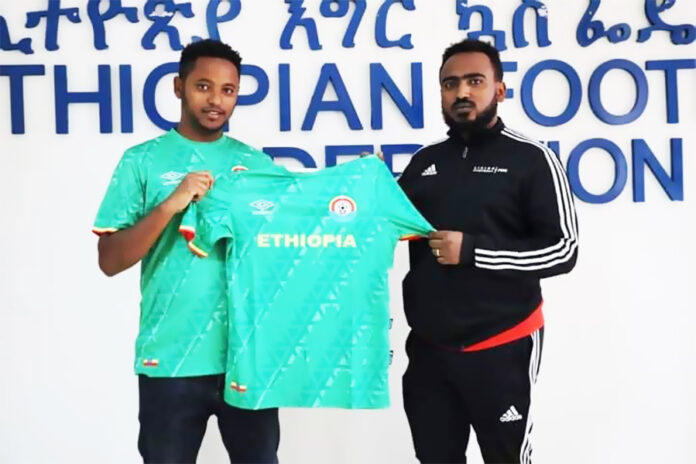 Ethiopian Football Federation appointed Tadios Teklu as the head coach of Ethiopian U-17 national football team that will represent the country in CECAFA U17 championship to be held in Ethiopia-Addis Ababa from 1st October, 2022.
Tadios is the new face in the system and comes on board with experience of working with the under aged group of footballers since his days at Ethiopia Bunna.
A former Ethiopia Bunna Youth team player Tadios had had a flourishing career at the youth level. But a career obliterating injury while in action, he turned to coaching for the past five years and became one of the upcoming much talked about coaches.
Tadios will be deputized by Rahemeto Mohammed, the former head coach at Batu, Arsi-Negele and Mojo before helping Oromia U17 side to championship title.
Tadios’ second lieutenant is Abiy Kassahun who had served at three different Youth projects notably Assega, Passion and Haleta Academies. The humble and friendly Abiy made a name at the recently held Ethiopian U-17 tournament where he led Addis Ababa to third place.
The appointment comes on the back of his glorious moment when he recently won the Ethiopian Under-20 boys side in to National Championship title at Adama as head coach for Ethiopia NegedBank u-20 Ethiopian will host the East and Central Africa (CECAFA) Under 17 Championship in Addis Ababa latter this year. The winner of this competition will represent the sub-continent and guarantee participation at the Under 17 African Cup of Nations to be hosted by Algeria. Uganda is the reigning champions after defeating Tanzania in the final of the zonal qualifiers in 2022 played at Rwanda.