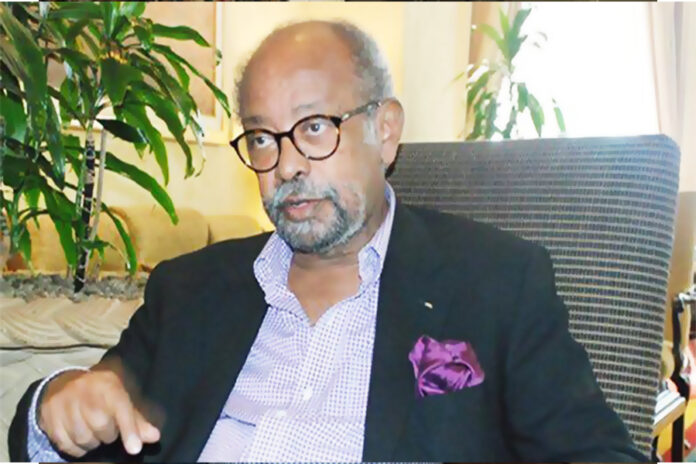 There just are too many young sports journalists and administrators who probably never heard the name Fekrou Kidane. Yet he was a small-framed man with a giant mind, a selfless individual who gave his all for African dignity, an incredibly generous man, a professional and who in the more than 40 years I knew him I never heard him raise his voice in anger. I met this man in 1970 in Dar es Salaam, he an accomplished sports writer and broadcaster, me a struggling refugee far away from home trying my hand at sports journalism. I went to the Kilimanjaro Hotel to meet the Ethiopian national football team and instead ran into (then) chain-smoking Fekrou who asked me: “You are from Rhodesia, right?” To which I replied in the affirmative.
“You write basketball very well,” he said. “What are you doing talking to a football team?” And without letting me get in a word in edgeways, he went on to critique African sports journalists for “all wanting to be football writers.” Football may be the most popular sport in Africa but it was not the only sport played and enjoyed by Africans. “Write about other sports, cricket, rugby, about women in netball, hockey…..”
Oh, one other thing, did I have any formal training in writing? Well, I was pursuing a writer’s course with the British Tutorial College. Good, he said. “You also have to learn to organise people. Organise sportswriters in Tanzania and join the African Sports Journalists Union and AIPS, world association of sportswriters.” And that’s how the Tanzania Sports Writers Association was born with this refugee as its first Secretary General. And that’s how in 1971 I found myself in then West Germany undergoing real training in sports journalism among some of Africa’s giants, Tshimpumpu wa Tshimpumpu from then Cong-Kinshasa, Norman Da Costa from Kenya, Eugene Thompson from Ghana and many others. All organised by Fekrou. Our guide then? A very respectful, soft-spoken, kind, professional young lady called Silvia Renate Sommerlath. We called her “Silvi”. And guess who and where she is now: Queen Silvia of Sweden. That’s who she became.
Fekrou arranged for the best from the group to be back in Munich for the Olympics where instead of reporting about the Greatest Show on Earth, we learnt over night instead how to report a war. BBC were recruiting, and training, the best for their own expanded programmes on Africa and guess who South African producer Peter Lehola picked as his East Africa correspondent for This Sporting Life? Yours truly.
Before the 1974 World Cup in West Germany again, Fekrou was doing his thing, pushing those he thought were his best students, sending us all over the place, me ending up in London being trained by the best of Reuters in the real world of sports writing.
Fekrou never for a moment ceased to be the pan-Africanist that I came to know him as. He was passionate about Africa and the continent’s youth. He was passionate about applying sport to the fight against apartheid and colonialism, particularly in South Africa and Rhodesia. He was associated with the birth of the All African Games in Brazzaville in 1965 primarily to tell the cantankerous IOC president and his lot in Château de Vidy that Africa did not need the Olympic Games. We could do our own thing.
He championed boycotts against the Commonwealth Games and the Olympic Games, purely because he believed that way pressure was being exerted on the western political powers who supported their kith and kin in southern Africa. He stood side by side with the anti-apartheid sporting giants of the time – Nigeria’s Abraham Odia, Congo-B’s Jean-Claude Ganga, Ethiopia’s Ydnekatchew Tessema, Nigeria’s General Henry Edmund Olufemi Adefope and Sudan’s Dr Abdel Halim Muhammad, among others.
When Juan Antonio Samaranch became President of the IOC in 1980, his administration recognised the injustices perpetuated on blacks. He steered a totally different course, acknowledged that apartheid and racism were evil and accepted that Africans and their supporters had a good case. The unspoken deal was that IOC would openly support human rights causes, open its membership doors to people of colour and women and live true to its motto: to use sport as a tool for peace and development.
So he brought in Fekrou Kidane as the first director of colour in IOC administration with a specific brief to realign IOC thinking and actions on development, international relations, refugees, sport and peace and the United Nations. I was disappointed that Fekrou was “joining the enemy”. But so was he in me that I was abandoning ship to take up full time flying in Fort Worth, Texas and in Tanzania. For a few years I instructed quality students some of who ended up flying for Pakistan International Airways and Scandinavian Air Systems as well as checking out colleagues from Olympic Airlines. I flew VVIP passengers in Zimbabwe and across the region before coming back, all be it slowly, to writing again and sports administration.
Fekrou was always going to be around, but now having given up smoking. When we linked up again he was still the pan-Africanist that he always had been, abhorring corruption, poor administration in African sport, selfish leadership and the bambazonke (grab all) attitude of many African political leaders. He eschewed the situation is his beloved Ethiopia, always talking about how politicians were busy destroying ancient civilisation. “A bunch of them are just murderers,” he would say about successive regimes in his country, sometimes too loudly and too publicly that going back to Addis Ababa presented dangers to his very life.
Fekrou was the epitome of frugality. At the IOC where directors drove brand new Mercs of choice every year, Fekrou stuck to public transport. Having divorced ages before, he lived for his now grown up son, his only child. For ten years he lived in his hotel room in the Continental across the road from the Lausanne railway station. In Paris he owned a first floor apartment that he shared, like in Lausanne, with his bottles of Bordeaux, magazines, books and a computer.
I made it a habit of spending evenings with him during my regular visits to Paris, having dinner at his favourite restaurants, always preceded by a glass of Bordeaux (for him) at the corner bar a café Chien qui Fume (Smoking Dog).
Fekrou will be remembered by us, his students, his disciples as the mentor who was happy to pass on his vast experience in sports writing, broadcasting and administration. By the time of his passing Fekrou had slowly receded into the background, watching and writing his thoughts, unfortunately mostly in his native Amharic. Some, like the AIPS, remembered him and recognised him as the icon that made AIPS the power that it is today…..and honoured him accordingly.
I’m struggling to remember African organisations of substance that truly honoured him for his massive contribution to what we in Africa aspire to be, or are today.
Rest in Power, Cool Guy. You ran your race well.

A remembrance of Fekrou Kidane, through the eyes of Zimbabwean sports journalist powerhouse, Tomas Ganda