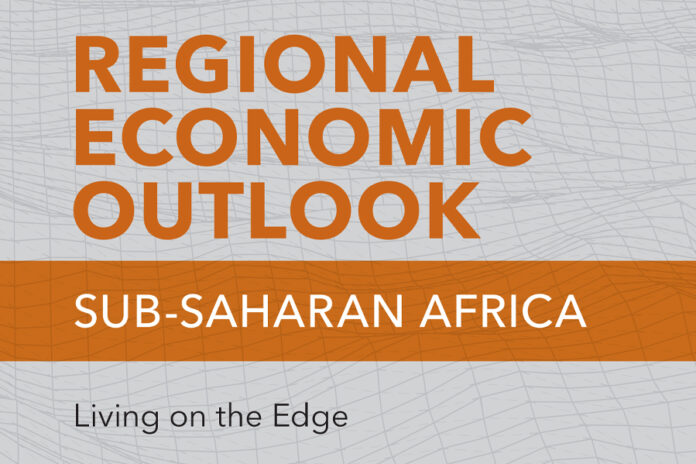 The newly released International Monetary Fund (IMF) World Economic Outlook narrows down from its earlier forecast on the global economic growth. Despite the dip in projection, Ethiopia’s projection remains unchanged with projections showing higher growth estimation when compared to the global and regional forecasts.
The outlook was published on October 11, in line with the joint annual meeting of the IMF and the World Bank with the countries finance ministers and central bank leaders indicating that the economic growth has faced several challenges.
The forecast that was given in April has met revision and reduction, as per insights from the outlook. In a similar publication on April 2022, during the joint spring meeting, the IMF forecasted that the global economic growth will slow down to 3.6 percent in 2022 and 2023.
However, the latest estimation dropped the rate slightly for 2022 and more for 2023.
“Global growth is forecast to slow from 6.0 percent in 2021 to 3.2 percent in 2022 and 2.7 percent in 2023,” it reads, adding, “This is the weakest growth profile since 2001 except for the global financial crisis and the acute phase of the COVID-19 pandemic and reflects significant slowdowns for the largest economies.”
It added that about a third of the world economy faces two consecutive quarters of negative growth. According to the outlook, global tightening in financing conditions could trigger widespread emerging market debt distress.
“Interest rates are expected to rise as central banks tighten policy, exerting pressure on emerging market and developing economies,” the outlook underlined.
The global economic growth is also estimated to be hurdled by challenges including the aftermath of COVID 19, inflation and conflict between Russia and Ukraine, which also imposes limitation for small economies.
“Scarring effects are expected to be much larger in emerging markets and developing economies than in advanced economies reflecting more limited policy support and generally slower vaccination with output expected to remain below the pre-pandemic trend throughout the forecast horizon,” the outlook added.
The report indicated that the economic growth for low income countries will be 4.5 percent and 5.3 percent for 2022 and 2023 respectively that has slight reduction similar to the global forecast. The April IMF forecast was 4.8 percent and 5.6 percent for low income countries economic growth.
However, according to the latest IMF document the low income countries economic growth forecast for 2022 reduced compared with April one whilst the Ethiopian estimation is similar from the preceding outlook.
IMF estimated that the Ethiopian economy will expand by 3.8 percent in 2022, which is one of the highest rates in similar economies. While the forecast for the coming year has been estimated to be 5.3 percent that was projected to stand 5.7 percent in April’s forecast.
For low income countries such as DR Congo is expected to attain highest economic growth with 6.1 percent and 6.7 percent for 2022 and 2023 respectively followed by Kenya of 5.3 percent for 2022 and 5.1 percent for 2023. Tanzania and Uganda are the other countries that are expected to register relatively better economic growths in 2022 and 2023.
The latest IMF estimation for DR Congo, Kenya, Tanzania and Uganda has seen reduction when compared with the April forecast for this year’s economic growth.
Sub-Saharan Africa: Living on the Edge
Sub-Saharan Africa’s economic activity is expected to slow significantly in 2022 and remain relatively modest in 2023. A downturn in advanced economies and emerging markets, tighter financial conditions, and volatile commodity prices, have undermined last year’s gains. Looking ahead, the outlook remains highly uncertain. Consequently, countries in the region are living on the edge, the International Monetary Fund (IMF) said in its latest Regional Economic Outlook for Sub-Saharan Africa launched on Friday October 14.
“Late last year, sub-Saharan Africa appeared to be on a strong recovery path out of a long pandemic. Unfortunately, this progress has been abruptly interrupted by turmoil in global markets, placing further pressures on policymakers in the region,” stressed Abebe Aemro Selassie, Director of the IMF’s African Department.
The region is expected to grow by 3.6 percent in 2022, down from 4.7 percent in 2021, due to muted investment and the overall worsening of its balance of trade. Non-resource-intensive countries, which enjoy a more diverse economic structure, will continue to be among the region’s more dynamic and resilient economies, growing by 4.6 percent in 2022, compared to 3.3 percent in oil exporters and 3.1 percent in other resource-intensive countries.
Following worldwide trends, inflation has increased faster and more persistently than previously anticipated, reflecting mounting prices for essential food and energy items, which comprise about 50 percent of the region’s consumption basket. And while the recent pickup in inflation is less striking relative to historical averages for sub-Saharan Africa, the cost-of-living squeeze has pushed millions of people into acute food insecurity and could weigh on economic growth and undermine social and political stability.
The most recent turmoil is just the latest in a series of shocks over the past few years, all of which have taken a toll on the region’s policy space. Public debt has reached about 60 percent of GDP, leaving the region with debt levels last seen in the early 2000s. In this regard, the composition of debt has shifted towards higher-cost private sources, increasing debt service costs and rollover risks. In fact, 19 of the region’s 35 low-income countries are now in debt distress or at high risk of distress.