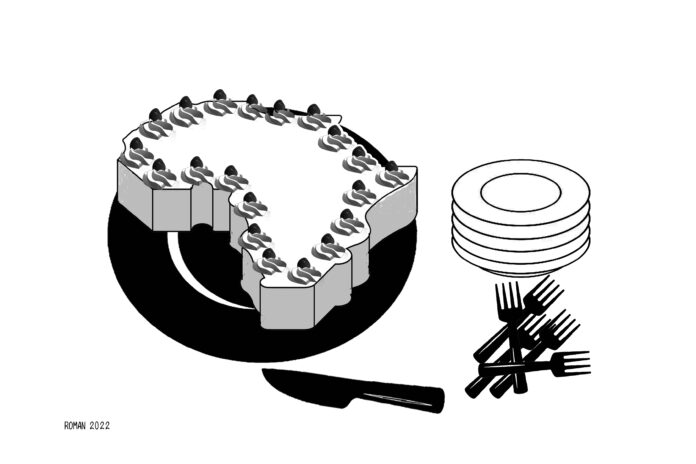 Asset price inflation, particularly in the rich countries of the world system, has become pronounced. Increases in asset prices benefit those who are already well endowed. On the other hand, the mechanisms by which asset prices are systemically forced to go up dispossess the large majority of non-asset owning classes, i.e., the general populace. The main reason asset prices are going through the roof is because of plenty of easy money sloshing around in the system. To be sure, it is the global banking cabal that creates this phony and unearned money. The states via their central banks, sit on top of this criminal scheme. This rigged system works against those who sell their labor, physical or mental!
When the going gets tough, the strategy of the global financial system is to keep on inflating. ‘Inflate or Die’ is the enduring slogan of the money creators. It seems, it is the only thing they have up their sleeve. When the 2007 global financial crisis hit the world economy, the response was to flood the world with more phony/unearned money. To start with, the financial crisis was caused, first and foremost, by the massive accumulation of unsustainable debt permeating the whole global order. The burst initially occurred within the financial sector (Bear Stern, et al). Later on, the crisis manifested in real estate, subprime housing, etc. Instead of accepting market correction of the bubble, which would have been painful, the managers of the global order continued to pump even more money to postpone the day of reckoning. A decade later, the world ended up having ridiculous amount of phony money in circulation, prompting asset price inflation as well as the implementation of useless projects (bridge to nowhere, ghost cities, etc.), which are not commensurate with the logic of capital, i.e., capitalism!
When negative interest rates prevail, the message is clear. It means there is a glut of capital that is not finding its way into productive engagements. Hence, this massive capital, restricted as it were, to the existing universe of activities, props up the value of anything and everything. Housing prices go up, not because there is real effective demand on the ground, but because there is plenty of cheap money around to buy all and sundry. In the highly financialized world of the OECD (rich countries) companies are actually borrowing money to buy back their own shares from the equity market. This is facilitated because the central banks, in their infinite wisdom, have decided to lend massive amount of money with no interest. Share prices in stock markets, pumped up by the massive phony money created out of thin air, are appreciating without bound. Price/Earning (P/E) ratio, which used to signal the values of corporations, is no more relevant to the ‘masters of the universe’, as these crooks are derogatorily called. Entities with no track record of making money are valued in the billions of dollars. Peter Schiff, a well-known financial analyst explained in his latest podcast, ‘the markets aren’t making highs because the economy is good. It’s making highs because of the Federal Reserve’s easy-money policies.’
In the real world where people actually try to make their living, money is hard to come buy. Robotics, Automation, Artificial Intelligence are increasingly encroaching the world of work. Consequently, demand for labor is gradually receding. For example, the Japanese car market crashed by about 25% this year, even though the Japanese state is the number one printer of phony money in the world. For thirty years, the Japanese pumped trillions of (US dollar equivalent) phony money to their system, mostly to save their old relics, the Keiretsu collectives. The old keiretsu (keiretsu is a set of companies with interlocking business relationships and shareholdings) that were trailblazers in global production (in the late 1960s and 70s) gradually became uncompetitive, as a result of many things. It is quite instructive to study the reasons as to why these once formidable industrial juggernauts ended up being mere laggards in the world economy. This lesson is very important to countries like ours that are trying to emulate the East Asian development models. Instead of allowing the market place to clear the deadwoods from the economy, the Japanese politicos decided to bail out the Keiretsu amalgam. In Japan, the Keiretsu still sway massive political power!
To reiterate: All the money that is being pumped into the real global economy (by the central banks/states) ultimately end up pushing asset prices higher. Those parasitic entities connected to the money spigot reap the benefit of free money, while the global masses suffer the consequences, amongst which, spiraling inflation features prominently. Something has to yield.
This was first published on Capital in 2019