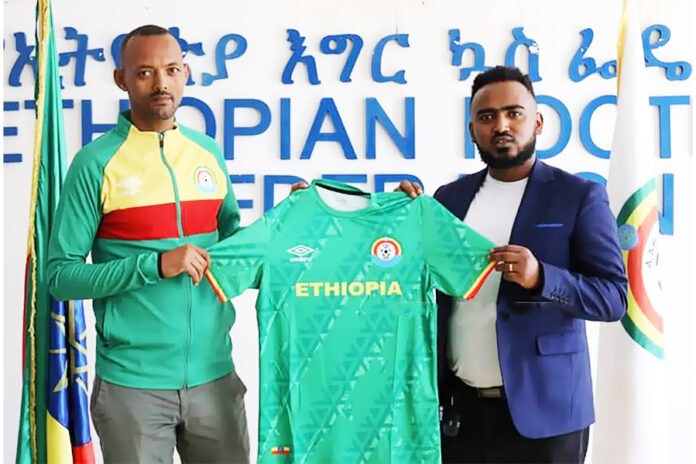 Ethiopian Football Federation has confirmed Edilu Dereje as the new head coach for the national U-20 National team ahead of CECAFA qualifiers for the 2023 African U-20 Cup of nations. Seven teams including hosts Sudan are taking part in the championship being held from October 22 to November 3, 2022. Samson Mulugeta alias Flex and Afework Kebede will serve as assistant Coaches.
Ethiopia Bunna former legendary defender who led the side to the one and only Premier League championship title, Edelu and his deputies’ immediate task will be to handle the team at the CECAFA U-20 tournament. Edelu and his two deputies are new faces in the system and come on board with experience of working with different clubs. Edelu is the new face in the system and comes on board with humble experience at National league side Debreberhan before taking over at Ethiopia NegedBank U-20 team.
One of the most decorated players at Ethiopian Premier League side Kidus Giorgis, Edelu’s number one deputy Samson Mulugeta is considered one of the upcoming Coaches who is much praised for his Youth team that won the 16th Addis Ababa City Cup despite fielding players from his U-20 squad.
The squad will be further reduced to 25 players before the final submission to CECAFA is made. Ethiopia is in group (B) along with Uganda and Tanzania while the hosts are in group (A) that comprises Sudan, Burundi, Djibouti and South Sudan.