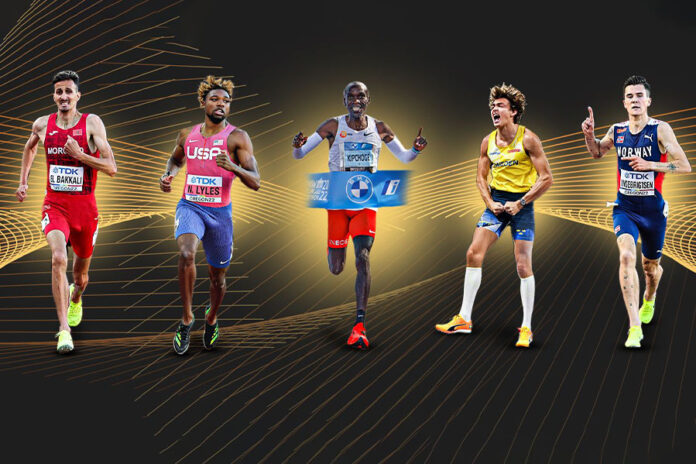 The names of the five finalists for Men’s World Athlete of the Year have been confirmed, as the countdown to the World Athletics Awards 2022 continues.

The five athletes, who represent five countries from three area associations, have achieved sensational performances across a range of athletics disciplines in 2022, at the World Athletics Championships Oregon22, World Athletics Indoor Championships Belgrade 22, one-day meeting circuits and other events around the world.