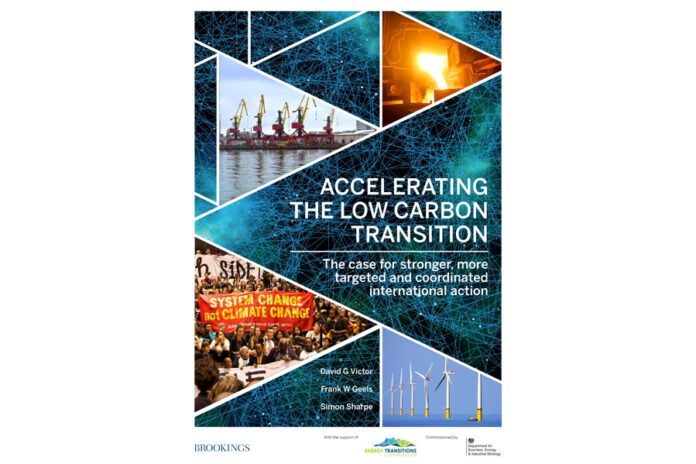 Lack of swift and bold action towards a low-carbon transition has challenged least developed countries (LDCs) according to the latest report of ‘Least Developed Countries Report 2022’ of the United Nations Conference on Trade and Development
As the report indicates, over the last 50 years, 69 per cent of worldwide deaths caused by climate-related disasters occurred in LDCs, including Ethiopia. Currently 46 countries have been evaluated as least developed countries of the world, 31 from Africa’s, 8 from Asian and seven from the Islands including Haiti.
According to the report, although LDCs bear the least historical responsibility for climate change, they are on the front lines of the climate crisis. They have committed to climate-resilient development pathways by 2030 and delivery on net-zero emissions by 2050.
The 46 LDCs are home to about 1.1 billion people or 14 per cent of the world population but have contributed minimally to CO2 emissions. In 2019, LDCs were estimated to have accounted for about 1.1 per cent of total world CO2 emissions from fossil-fuel combustion and industrial processes, the main sources of greenhouse gas emissions globally. Even in per capita terms, the CO2 emissions of LDCs barely reached 10 per cent of the world average. In contrast, the carbon footprint of an average person in a developed country or a non-LDC developing country was at least eight times larger than that of an average person in an LDC.
As the report states, while they are at the forefront of the negative consequences of global warming, LDCs contribute barely 4 per cent of current greenhouse gas emissions, yet account for 65 per cent of the global population lacking access to electricity. Hence, nowhere is the need for a “just energy transition” starker than in the LDCs.
Additionally, the COVID-19 pandemic shock and its compounded adverse effects on trade, investment and development as the pandemic abruptly revealed deficiencies in development paradigms that have severely reduced the capacity of the State to generate domestic resources for economic, social and environmental investment.
As the report indicated, a combination of pre-existing factors and the war in Ukraine, LDC populations have experienced a sharp decline in living standards and increasing inequality, while the countries’ current account balances have come under additional pressure from rising external debt payments and soaring international energy and food prices.
Of the 1.1 billion people living in LDCs in 2020, an estimated 244 million were undernourished, 466 million had no access to electricity, 665 million lacked accesses to safely managed drinking water, and 874 million had no access to clean fuels and cooking technologies. These figures dramatically demonstrate the efforts that will be required to build adequate resilience to climate change, embark on sustainable adaptation, and meet the targets enshrined in Sustainable Development Goals (SDGs).
The 27th United Nations Climate Conference Conference of the Parties (COP27) – presents a unique opportunity to accelerate action towards the goals of the Paris Agreement, the Bridgetown Covenant, the Doha Programme of Action for the Least Developed Countries for the Decade 2022–2031 (DPoA), and, more generally, the 2030 Agenda for Sustainable Development. These goals aim to achieve a mutually beneficial climate and development-friendly nexus.
“LDCs represent the litmus test against which history will judge how effectively the efforts of the international community to make the low-carbon transition take into account the development dimensions and reflect the principles of equity and differentiated responsibilities and respective capabilities,” the report read.